Is Khal Drogo Returning To Game Of Thrones?! Emilia Clarke's Instagram Suggests So!

by Emmy Griffiths Published on 5 October 2015 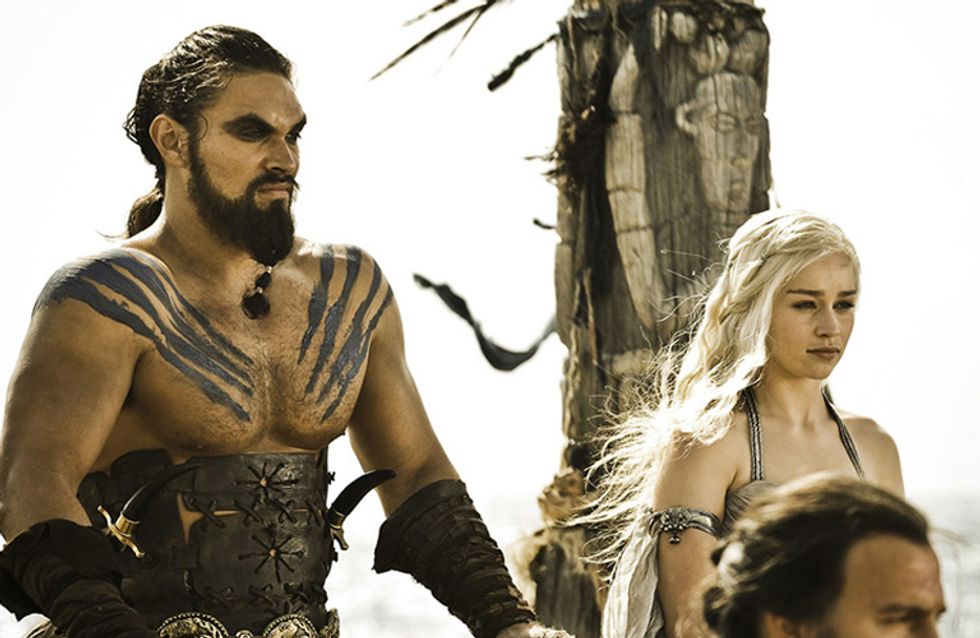 How could us Game of Thrones fans ever forget Khal Drogo? Although the barbaric horse Lord husband of Daenerys was cursed by a witch and smothered to an early grave way back in season one, Emilia Clarke's Instagram seems to suggest a reunion of sorts with the scary yet oddly romantic Dothraki hotty...

Let us take you back to season one, to the very moment our hearts splintered and have not yet been repaired. It wasn't Ned's head on the chopping bloke that caused us so much grief, but rather the moment when Daenerys suffocated her beloved husband after he was irreversibly brain damaged by a crafty witch. Before she gives him the mercy giving, she says: "when the sun rises the west and sets in the east. Then you will return to me my sun and stars."

Yep, it was sad. We cried. Drogo died. But the Khaleesi actress Emilia Clarke's most recent Instagram post might indicate that Drogo will be returning to GoT as she posted an image snuggling with Jason Momoa with the caption: "Well I guess the sun rises in the west and sets in the east then huh? Paris fashion week just kicked off....! 👊 #Momoaloveforlifebaby #nomorebeerleftinparis #bestdresseddothraki."

Well I guess the sun rises in the west and sets in the east then huh? Paris fashion week just kicked off....! 👊🏻 #Momoaloveforlifebaby #nomorebeerleftinparis #bestdresseddothraki

Sure she could just mean that she's reunited with her screen hubby for some booze and merriment, but we want to believe otherwise. After all, resurrection seems pretty standard in Game of Thrones now, right? Especially if any of the Jon Snow rumours that are floating around are true!