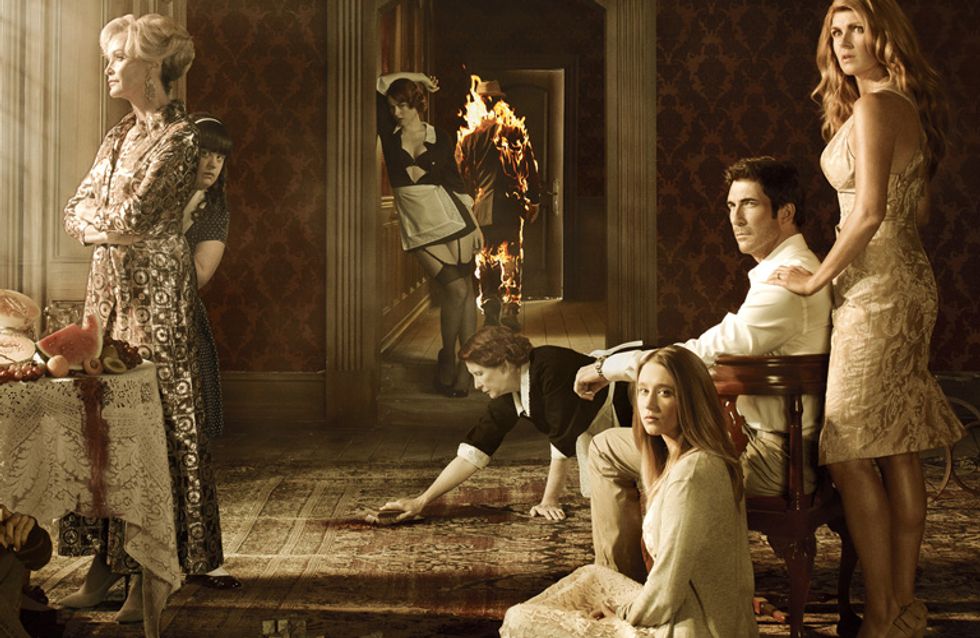 Have you experienced the sincere creepiness that is American Horror Story yet? If not, you are missing out on three seasons worth of horror genre telly that actually does it right (it’s nothing short of terrifying). Since then, it looks like television networks have realised the good public enjoy having the shit scared out of them, and are determined to deliver. Check out the upcoming new horror shows…if you think you can handle it…

Created by Guillermo del Toro (Pan’s Labyrinth, Hellboy) and Chuck Hogan comes this freaky vampire horror story which looks like zombies and vampires got together and made horrible, horrible children.

Halle Berry is an astronaut who comes back to Earth pregnant. PREGNANT. What happened?! Who is the strange man who popped into her space station? And what is going on with that CREEPY robot child?

Constantine boasts of exorcisms, dark arts, demons and one attractive leading man. This looks absolutely terrifying yet excellent, like Elementary if Sherlock hunted ghosts and ghoulies.

And if you haven’t already, you’re going to want to update yourselves with these pre-existing shows of TERROR from the last couple of years...

“There is something worse than a witch hunt. A witch.” Be ready to jump at this freaky ass trailer!

From the producers of Lost comes this grim show about a bunch of scientists desperately trying to contain a disease that could destroy mankind. Intensity guaranteed.

What genre did you think the prequel to Psycho was going to be? Romantic comedy? Watch poor teenage Norman Bates develop his psychosis and an horrendously unnatural relationship with his mother to boot.

A cure for the zombie outbreak is found, and the once rabid zombies are released back into good society with cover up mousse and contact lenses. Choas ensues. It’s funny at times, but freaky pretty much all the time. We already love it.

Filled with horrible yet strangely beautiful crime scenes (classics include a human totem pole and a human colour palate), plenty of blood, guts and cannibalism, whatever you do, do NOT watch this The Silence of the Lambs prequel whilst eating a pulled pork sandwich. Trust us on this.

Headless horsemen? Mmmkay then. This isn’t horror at it’s most horrifying we suppose. Spooky is the word we’d use!

We just watched the trailer about this town overrun by monsters, and now we’re actually a little bit scared.

This compelling yet freaky as sh*t show about dead people who inexplicably rise again is as fantastic as it is scary. The twins who reunite after one has been dead for six years is particularly insane.

​Oh wait no, there's a creepy little boy who doesn't speak and shows up standing in the middle of the road all the time who takes the medal for most terrifying.

Whilst not strictly 'horror', this Twilight Zone style show shows us the dark side of technology and is, at times, completely terrifying. There's one particular episode called White Bear that should scare the bejeezus out of you.

The anthology series has so far been set in a haunted house, a mental asylum and a witch coven. This time it’ll be at a freak show, and we couldn’t be more excited. Check out the new teaser below!

Do you get scared easily, or are you going to check these shows out? Tweet us @sofeminineUK