James Arthur has been hit with yet another scandal, and this one is just as image-destroying accusations of homophobia. The former X Factor winner has had to defend bedding a 17-year-old fan, claiming that he didn’t know how young she was. This latest humiliation is said to have pushed James close to the edge, with many worried that the Impossible singer is heading for a breakdown.

It’s hard to believe that James Arthur only won the X Factor twelve months ago, especially as he’s had more scandals that most established popstars.

He’s been engulfed in scores of sleazy kiss and tells and accused of being homophobic after writing an ill-advised rap calling another artist “a f*cking queer.”

But now he’s had to defend extremely serious accusations that he grooms young girls after it emerged that James slept with a 17-year-old fan.

Speaking to The Sun on Sunday, James slammed claims that he had purposefully targeted and pursued teen fan Ellis Shepherdson.

"I’m definitely not a guy who grooms young girls", he explained to The Sun. 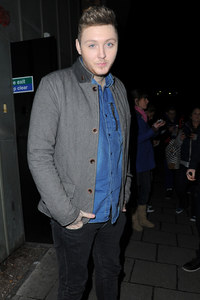 He expressed his “deep, deep shame” at bedding the fan who he met on Twitter then dumped after one night.

James goes on to explain that he was "an idiot" when he hit the big time, and he was frequently duped by girls who pretended they were older.

Now the 25-year-old is much more cautious and keen to stay out of trouble, but he maintains that he’s not a “monster”, just someone who wasn’t ready for what fame would throw at him.

In an attempt to rehabilitate his image, James has been apologising left right and centre, most recently expressing his regret on the X Factor stage after performing his latest hit recovery.

The Middlesborough-born lad admits to The Sun: “I’ve been an idiot. All I can say is it was ego — foolish, foolish pride. I got ideas above my station and I made mistakes. It’s the only excuse I’ve got.”

“What I need you to know is that I do regret everything I’ve done. I abandoned my responsibility as a role model. A 16-year-old kid reading about the things I said and did would probably have lost a lot of respect for me.”

For the future James says his priority is working on his music and concentrating on staying out of trouble as he kicks off a 25-date UK tour in the New Year.

Are you a fan of James Arthur or are you one of his haters? Tweet us @sofeminineUK!