James Arthur has learnt the hard way that being famous means you have to be very careful what you say. Especially in public. Even more so if it can be construed as racist, homophobic or discriminatory in any way. Following on from an ill-advised BBC Radio Xtra rap the singer may now be banned from the X Factor 10th anniversary show, certainly if fans of the show have anything to say about it.

James Arthur caused a scandal when he wrote and performed a rap on BBC Radio 1Xtra which included the homophobic comment “you f***ing queer”.

Fans were up in arms and took to Twitter to express their disgust at the X Factor winner, many even tried to return copies of his latest album to iTunes.

Similarly high profile celebs voiced their anger, including Little Britain star Matt Lucas who tweeted back: “F*** you @JamesArthur23 for using the phrase ‘f***ing queer’ in your latest track. F*** you.”

Fellow X Factor contestant Lucy Spraggan weighed in on the argument and published private texts between the pair where she called him out for his use of offensive language.

Some were so angry that they even started a campaign against the controversial star.

Trying to diffuse the situation, James Arthur released a statement saying: “Any offence I may have caused was completely unintentional.

“I would just like to make it clear that it was not meant in any way as a derogatory reference to homosexuality.”

But it would appear that the media storm is nowhere near passing, despite his apologies.

Richard Lane from gay charity Stonewall told Heat magazine: “We hope that [James’ record label boss] Simon Cowell is crystal clear with James that homophobic language has no place in the music industry.”

Insiders say that record label bosses have already had strong words with the 25-year-old about keeping his mouth shut.

But to make sure the message is hammered home, they may take him out of this weekend’s big 10th anniversary X Factor celebration, as they are keen for the controversy to not overshadow such a landmark birthday for the show.

What do you think about the whole scandal? Do you think James should be excluded because of his recent behaviour? Tweet us @sofeminineuk. 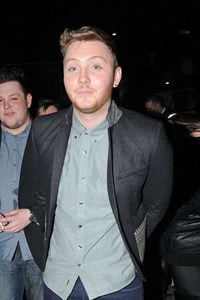