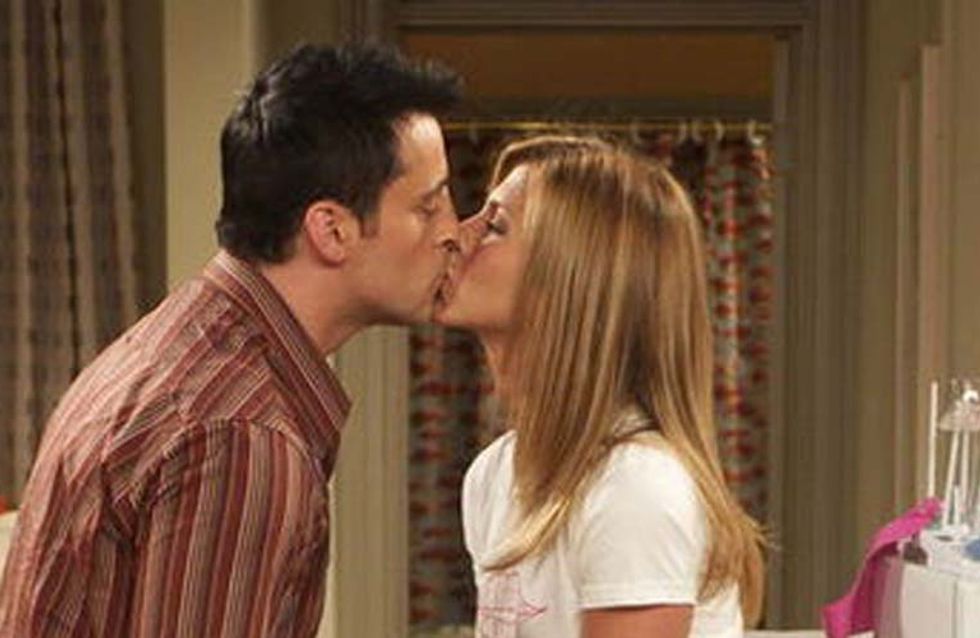 The Joey and Rachel love story might have been the worst thing to happen in all ten series of Friends (#RossandRachel4lyf), but apparently it was art imitating life as according to Matt LeBlanc's father, the pair would regularly hook up behind-the-scenes of everyone's favourite sitcom, Friends. No one told us life was going to be this way!

If you thought Rachel could only ever end up with Ross (or, in reality, Justin Theroux), look away now. According to Matt LeBlanc's father, our beloved Joey and Rachel used to make out behind-the-scenes of their hit sitcom, Friends.

Matt's father Paul, who is estranged from his actor son, told Star magazine: "[Matt] even had a relationship with one of of the girls...Jen. They would make out in the dressing rooms. He told me about it - it was when she was married to Brad Pitt."

GASP! Much like Ross when he discovered Rachel and Joey's budding relationship, we are not fine and need to go and make fajitas and consider this carefully with a few margaritas.

However, Jennifer and her representatives have vehemently denied the claims. Her reps told The Daily Mail: "I have comment in the National Enquirer and others. It's 100% percent false...Jennifer has never had a romantic or sexual relationship with Matt LeBlanc."