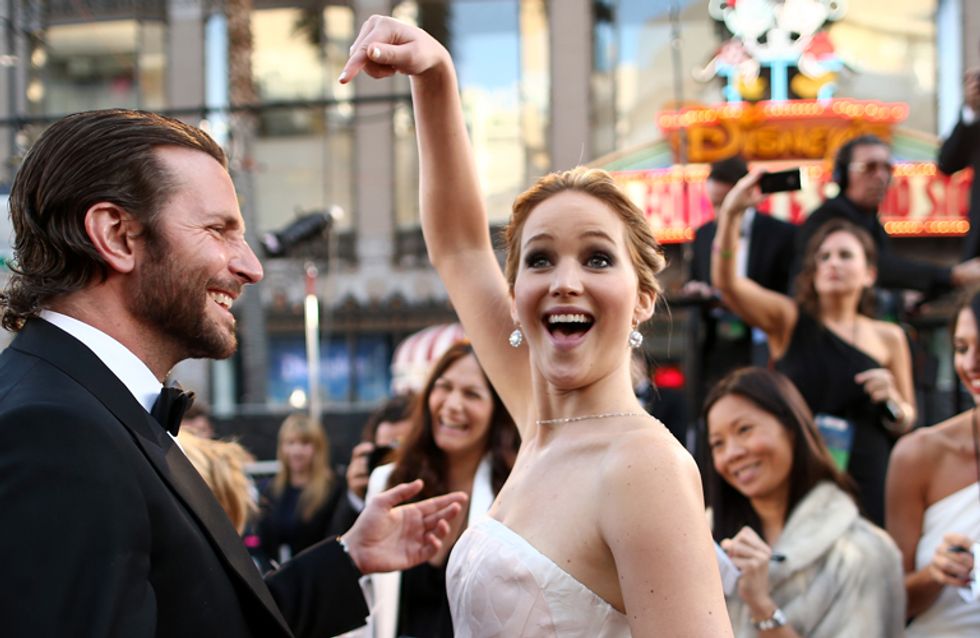 Jennifer Lawrence has finally spoken about the Sony email leak which revealed that she and Amy Adams received notably less than their male co-stars for their work on American Hustle. Although the Hunger Games actress sorted this injustice by obtaining a $20 million salary along with 30 percent of the film's profit in her next Sony blockbuster, she has also penned her feelings about the pay gap in a must-read essay...

She wrote: "I want to be honest and open and, fingers crossed, not piss anyone off. It’s hard for me to speak about my experience as a working woman because I can safely say my problems aren’t exactly relatable.

"When the Sony hack happened and I found out how much less I was being paid than the lucky people with dicks, I didn’t get mad at Sony. I got mad at myself. I failed as a negotiator because I gave up early. I didn’t want to keep fighting over millions of dollars that, frankly, due to two franchises, I don’t need. (I told you it wasn’t relatable, don’t hate me).”

“At the time, that seemed like a fine idea, until I saw the payroll on the internet and realised every man I was working with definitely didn’t worry about being ‘difficult’ or ‘spoiled’. This could be a young-person thing. It could be a personality thing. I’m sure it’s both.”

“Jeremy Renner, Christian Bale, and Bradley Cooper all fought and succeeded in negotiating powerful deals for themselves. If anything, I’m sure they were commended for being fierce and tactical, while I was busy worrying about coming across as a brat and not getting my fair share.

“Again, this might have NOTHING to do with my vagina, but I wasn’t completely wrong when another leaked Sony email revealed a producer referring to a fellow lead actress in a negotiation as a ‘spoiled brat’. For some reason, I just can’t picture someone saying that about a man.”

PREACH JEN! Do you think the pay gap is an issue? Tweet us @sofeminineUK!

This Victoria's Secret Photoshop Fail Might Be The Worst Yet