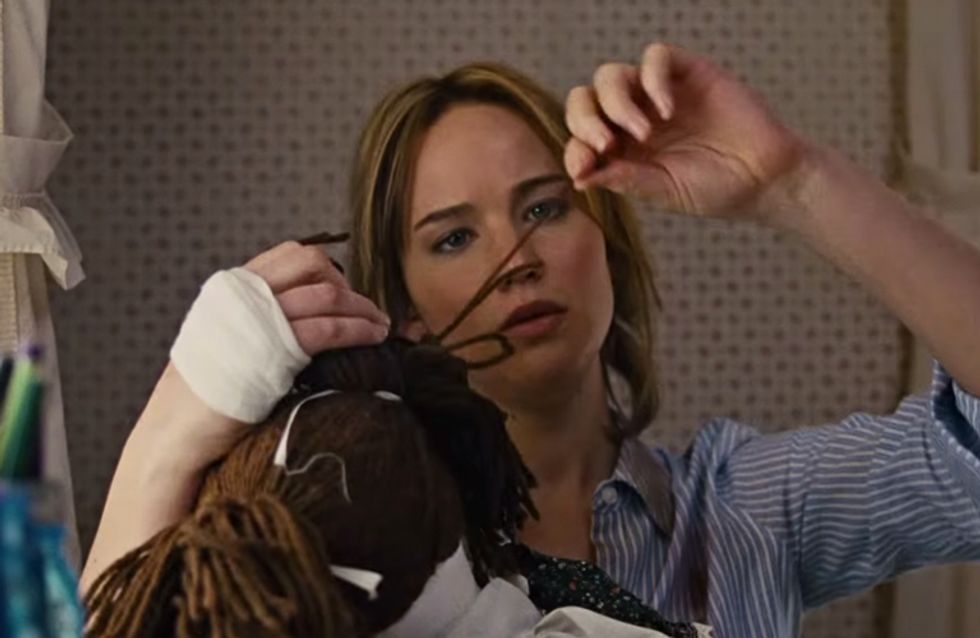 Well. Who knew you could make a whole film about the woman who invented miracle mops and it actually be good? David O. Russel is back with a bang (literally) in the new and kind of crazy trailer for Joy. And it is intense.

But really, who are we to doubt the genius of O. Russell? With the success of Silver Linings Playbook and American Hustle tucked neatly under his award-studded belt, and the stellar cast of his last two said films returning for a hat trick, we’re pretty sure this is going to be just as gripping, just as funny, and just as dark. (Surely this trilogy needs a moniker, right? We’re thinking “The Existential Crisis Trilogy” is probably quite fitting.)

“Don’t ever think that the world owes you anything, because it doesn’t.”

Set to a slightly christmassy/slightly crazy rendition of You Can’t Always Get What You Want (a hint at a theme, perhaps?), we see our O.Russell faves return in the shape of Robet DeNiro, Jennifer Lawrence (swoon), Bradley Cooper (double swoon). And did we spot OITNB’s Dayanara in there? I think we did!

JLaw is once again igniting our girl crush as the main character at the crux of the story: Joy Mangano, entrepreneur, inventor and president of Ingenious Designs. Not that you can tell that from the trailer - no no, this film is a serious drama, focused on people and relationships, and at its centre is Joy - who, if this trailer is anything to go by, is walking a very thin line between major success and major meltdown. We get the feeling that despite Joy’s name, there’s been a severe lacking of the stuff in her life so far. Does this film document her epiphany, or her downfall? Who knows. But if there’s one thing we know for sure, it’s that we definitely wouldn’t trust her with that gun!