Since Jennifer Lawrence is sort of loved by the entire human population along with most of the animal kingdom as well as several rocks, there was obviously always going to be that one foolish person who upsets everyone by publically slating her, and, you guessed it, once again Joan Rivers has had no issue complaining about the Oscar winning actor by more or less calling her a hypocrite. Not cool Joan – leave Jennifer ALONE!

Joan Rivers has had it out for Jennifer Lawrence ever since the Silver Linings Playbook actor complained about Joan’s show Fashion Police, and apparently she hasn’t quite finished yet.

In an interview with Yahoo, Jen (quite rightly) complained about shows designed to criticise people, saying: "There are shows like the Fashion Police and things like that are just showing these generations of young people to judge people. 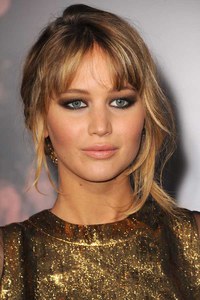 Joan, who is one of the presenters of the show, hit back on Twitter, writing: “WAIT! It just dawned on me why Jennifer Lawrence fell on her way up to the stage to get her Oscar. She tripped over her own arrogance.”

It sounds like the comedian wants to shock the world with her opinions about Jen once again though, as she went into detail about her dislike for the Oscar winning actor with the New York Post.

She told the newspaper: “My New Year’s resolution is [ensuring] Jennifer Lawrence grows up and realizes how lucky she is and calms down.

“I love that she’s telling everyone how wrong it is to worry about retouching and body image, and meanwhile, she has been touched up [a lot]. Look at her posters. She doesn’t have a nose, she has two holes. She just has to learn, don’t talk if you’re doing it.”

We’re pretty sure she doesn’t do her own photoshopping Joan! However, the 80-year-old did admit she thought Jen was a brilliant actress – because let’s face it, it would be silly to try to deny that. She said: “She’s an amazing actress. She’s the next Meryl Streep.”

Jennifer IS amazing actress, and it sounds like she has to suffer for her art as well! According to the National Enquirer, sources have claimed that she was in big trouble when a fog machine broke during filming The Hunger Games: Mockingjay, leaving her stuck in a smoke filled tunnel as the crew panicked.

A source revealed: “it was horrifying! Filming came to an abrupt halt when this fog machine broke and began spewing so much dense smoke during a tunnel sequence that Jennifer literally disappeared from sight – and everybody panicked!

“After several scary minutes, a rescue crew finally found the star and carried her out, hacking and gagging. Jennifer’s one tough gal, but she looked really shook up, and kept complaining that she felt very nauseous – like she was suffering from vertigo.”

We’re glad she’s okay – we love her no matter what anyone says!

Are you Team Jen or Team Joan? Tweet us @sofeminineUK