Jumanji Is Being Remade And The World Is (Understandably) Furious 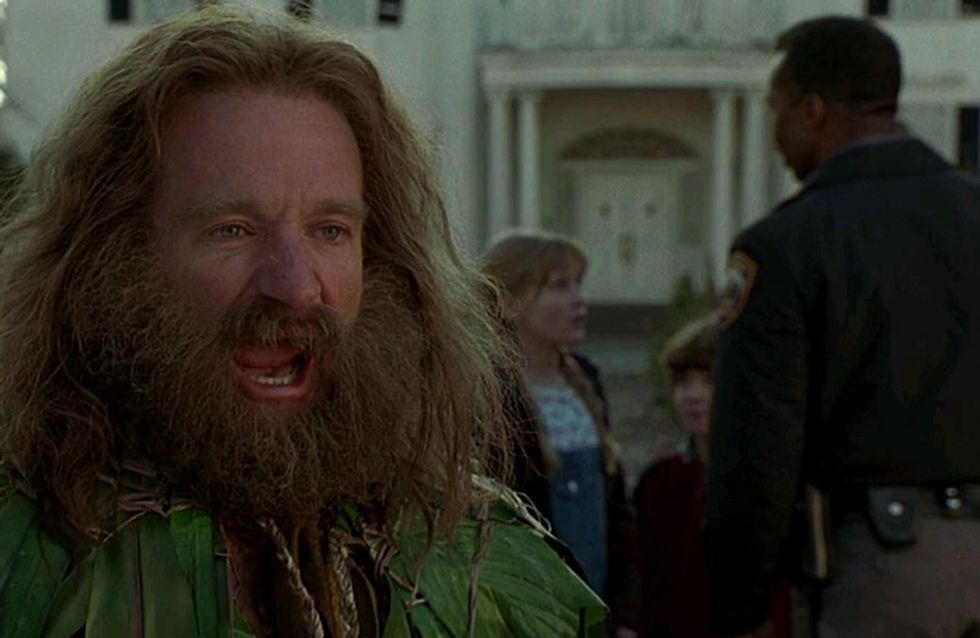 We don't know where to start with the news that Jumanji will be remade next year. Should we start with the fact that no one could replace Robin Williams in this role? Or maybe it shouldn't be made at all because the first one is already perfection?! Seriously, can someone send whoever had this idea into the jungle where they must wait, till the dice read five or eight? UGH.

The original Jumanji, starring Robin Williams and a young Kirsten Dunst, following the story of two kids who find a creepy board game and play it, only to release all sorts of horrors into their world along with Alan, a wild man who had been sucked into the game decades earlier, leaving his father accused of his murder and destroying his family. Great. Now we have to rewatch it all over again.

So what do we know about the reboot so far? According to Variety it should be out in cinemas by next Christmas, aaand that's about it. We have to say, we're mostly curious about who will possibly be expected to take over from Robin Williams. Who could possibly do the role justice?!

It's fair to say that the 90s kids have NOT been taking the news well:

A remake of Jumanji?! NO PLEASE!!! Leave old classics alone

I still don't know why they're making a new Jumanji. There's no need for it!

A #Jumanji remake? Really #Sony? Have you no shame?

Jumanji remake to be released Christmas 2016. All right, who rolled a 5 or 8?

Zayn Malik And Perrie Edward Have Officially Broken Up

15 Quotes About Love From Peep Show