The world has been looking on as Justin Bieber’s behaviour just gets worse and worse. Thankfully though his straight-laced mum Pattie Mallette has decided that enough is enough now and she’s planning an intervention for the 19-year-old star in the hope of getting him back on the straight and narrow (and away from prostitutes, run-ins with the law and friends who are bad influences…)

Where do we start with Justin Bieber’s bad behaviour? Peeing in a mop bucket at a restaurant, being photographed coming out of a well-known brothel, spraying graffiti on the walls of a luxury hotel…

That’s not to mention the allegations of underage drinking, weed smoking and the video a Brazilian woman took of the star sleeping after claims they spent all night having sex.

He’s also losing favour with his fans, after abandoning two shows and spending mere minutes with fans who paid £800 to meet him.

Even ex-girlfriend Selena Gomez has reportedly admitted to being “disgusted” by her former love, saying he’s unrecognisable from the person he used to be.

It might seem that the Canadian superstar is out of control, but if there’s one person who can bring him back into line, it’s his mum Pattie Mallette and that’s precisely what she plans to do.

An insider tells Heat magazine: “After all of the embarrassing stuff that’s happened recently, Justin’s team are organising an intervention with his mum, Pattie, to try to get through to him that if he continues down this path he will destroy his career.”

While Justin’s large entourage is reportedly made up of ‘yes’ men and friends who lead him astray, the source says that his mum is one of the few people who will brazenly say no to Justin and not just tell him what he wants to hear.

“She doesn’t care about his career. She worries that he’s surrounded by people who are enabling him or just plain afraid to tell him when he’s acting like a jerk.”

It’s not just the supposed underage drinking and drugs that have bothered the 37-year-old, but also the brothel accusations and the fact that he was charged with criminal damage in Brazil after illegal spraying graffiti.

“Pattie is trying to make Justin understand that as long as he continues to make money for people they will let him do whatever he wants, but once he stops making other people rich they’ll abandon him.”

If the intervention goes to plan, Justin will supposedly be sent on a nice quiet holiday (a bit like Lady Gaga and her ‘hip operation’) where he will have some time to clean himself up and reflect on the direction he wants his career to take. 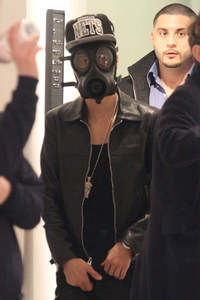