15 Times Kanye West Should Have Thought Before He Spoke 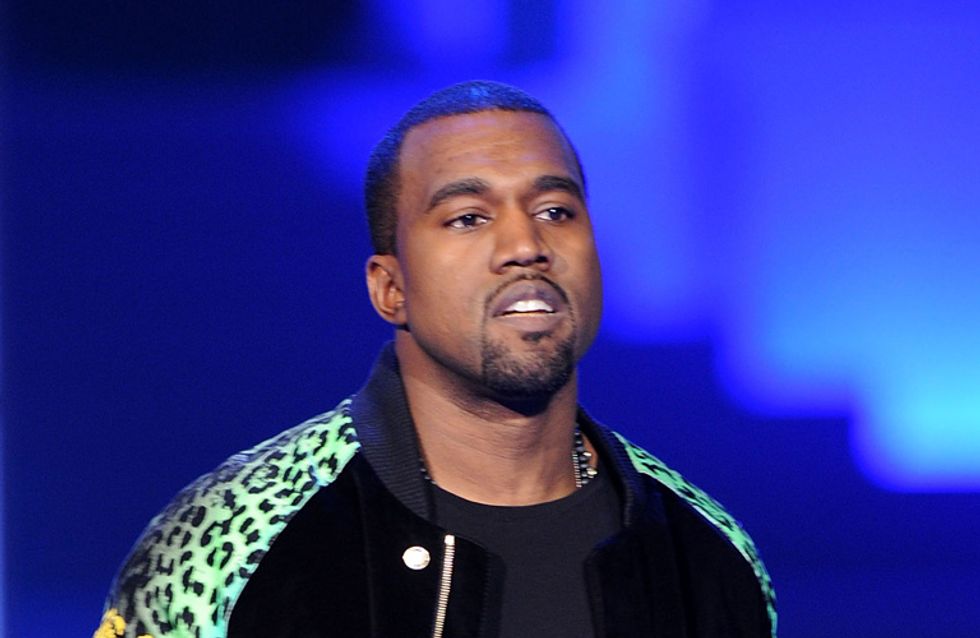 After Kanye West's publicist presumably begged him to stop claiming to be a genius and comparing himself to Jesus in public, Kanye West hasn't said or done anything extremely offensive in a while. Until last Friday when Kanye stopped his concert to demand that a man in a wheelchair get up and dance. The sad thing is, it might not be the cringiest thing he's ever done...

1. Trying to get handicapped people 'up on their feet'

So on Friday night, this happened:

Kanye stopped his show in Sydney and made everyone get on their feet, claiming you can only be let off: "Unless you got a handicap pass and you get special parking and s**t."

When a couple of audience members didn't stand up, he checked that they were in a wheelchair before continuing. Oh Kanye. WHO DOES THAT??

2. He has a GREAT excuse for refusing to read

He's busy making an historical moron of himself.

4. He shrewdly admits his feelings for himself

No Kanye. You're not supposed to say that.

It IS fun to watch, but we'd rather he didn't.

6. He can only be his douchebag self

Try to change! At least try!

7. He thinks his rivals include Picasso

8. He knows how everyone else should feel about him

Really? Can you imagine if your average Joe said that?

9. He can sum up books in one statement

You've never read a book and yet you know...what they all say...#KanyeLogic

10. He interrupted Taylor Swift and it was SO not cool

This will never not be funny. What an idiot.

He's right in a way, no one does tend to ask books for autographs.

The tragedies some people have to go through...

13. He REALLY thinks a lot of himself

Perhaps on reflection you should quieten down?

We love you Josh Groban. We endure you Kanye West.

Are you a Kanye West fan? Tweet us @sofeminineUK!