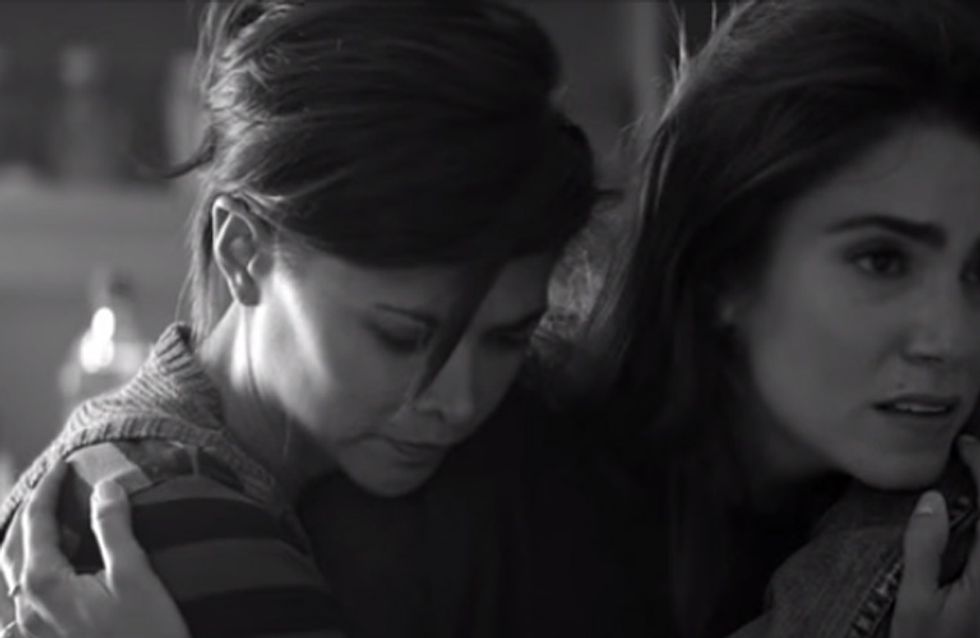 Lady Gaga has released a music video to tie with new documentary The Hunting Ground in a project aimed at highlighting sexual assault in Universities. The song, entitled 'Till It Happens To You', shows several University students being assaulted in different circumstances - from being drugged at a party to assaulted in shared bathrooms, and is powerful viewing...

The music video, which was written and directed by Twilight director Catherine Hardwicke, with Diane Warren writing the music, is aimed to shed light onto the level of attacks that take place on college campuses, and how this needs to change.

Warren spoke to Deadline about her involvement in the project, saying: "This song, with it's message of hope and empowerment, is my heartfelt tribute to them and will also resonate with anyone who has been bullied, lost a loved one or just feels alone in the world."

The video depicts a girl, played by Twilight actor Nikki Reed, being attacked by a supposed friend while working in her room, a transgendered student in the bathroom and roommates who were both drugged at a party, the music video shows just how easily an assault could happen, and the damage it can leave on it's victims.

The video is pretty harrowing, and opening with a trigger warning, saying: "The following contains graphic content that may be emotionally unsettling but reflects the reality of what is happening daily on college campuses."

Lady Gaga has tweeted about the video, saying: "We hope u feel our love&solidarity through the song & perhaps find some peace in knowing u r not alone through this film #TillItHappensToYou."

.@diane_warren & I made "Til It Happens To You" for people all over the world who suffer from painful life experiences. #TheHuntingGround

The video finishes with the victims reaching out to friends and family, but with one solitary figure left behind and still needing help as it reads: “One in five college women will be sexually assaulted this year unless something changes”, followed by a crisis hotline.

Find out more about the documentary here. What did you think of the video? Tweet us @sofeminineUK.