Last night Sam Bailey was crowned the winner of The X Factor 2013 and viewers couldn't be happier. But Sam also had some famous faces publicly supporting her win and sending the mother-of-two congratulations on Twitter. Previous X Factor stars Leona Lewis and Rebecca Ferguson, as well as Lewis Hamilton, Denise Van Outen and Saturdays singer Mollie King were quick to shower praise on the big-voiced singer. Even Mr Nasty Simon Cowell had something nice to say about The X Factor result!

Sam Bailey emerged as the winner of the 2013 series of The X Factor, winning eight of the ten live shows in the public vote.

The much-loved former prison warden was overwhelmed upon finding out, tearfully saying: "Oh my god, I cannot believe this, I'm so grateful. Thank you."

The 36-year-old - nicknamed Screwbo - was the hot favourite to win after going head-to-head with 17-year-old Nicholas McDonald.

Her mentor Sharon Osbourne, who returned to the show after a five year absence, was delighted as it was the first time ever one of her acts had won the series.

​The 61-year-old gushed on Twitter: "I am so blessed to have been a tiny part of @SamBaileyREAL's victory tonight on @TheXFactor. Thank you. #XFactorFinal."

Sharon's daughter Kelly Osbourne was also over the moon about the victory, writing: "OMG @SamBaileyREAL won I'm so happy I'm crying!!!!!!! @MrsSOsbourne what a perfect ending to your #XfactorUK journey! I love you both xoxo"

Giving his seal of approval to proceedings and to Sam's winner's single Skyscraper, show boss Simon Cowell - who appeared to be in an uncharacteristic good mood - tweeted: "Congratulations Sam. Well deserved. And I love your version of skyscraper. Happy Xmas. Simon." 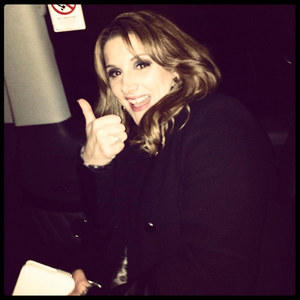 X Factor judge Nicole Scherzinger - who the evening before took to the stage with Sam Bailey as her duet partner to sing 'And I'm Telling You' from the movie Dreamgirls - declared: "What another great #XFactor season xo."

While Lewis Hamilton, who is rumoured to be back with on-off girlfriend Nicole, gushed: "Sam Bailey sings And I’m Telling You with Nicole Scherzinger - X Factor - Live Performances http://xfactor.itv.com/2013/videos/liveperformances/watch_sam-bailey-sings-and-im-telling-you-with-nicole-scherzinger_item_201098.htm … BEST PERFORMANCE IVE SEEN."

Former X Factor winner Leona Lewis joined in with the congratulatory tweets, writing: "My girl @SamBaileyREAL did it! Congratulations on winning @TheXFactor lady your talent is immense x."

Previous X Factor contestant and former Xtra Factor host Olly Murs wrote: "Congratulations MISS @SamBaileyREAL you deserve that!!! Wish ya sang CELINE on the final that rendition was my fav!!"

But Gary Barlow, who performed a duet with Elton John to mark the end of his time on the panel, was the only X Factor judge who didn't tweet about Sam or offer any congratulations at all.

​Perhaps he was sad that he didn't mark his last show with a winning act?

Were you pleased that Sam won? Tweet us @sofeminineUK!