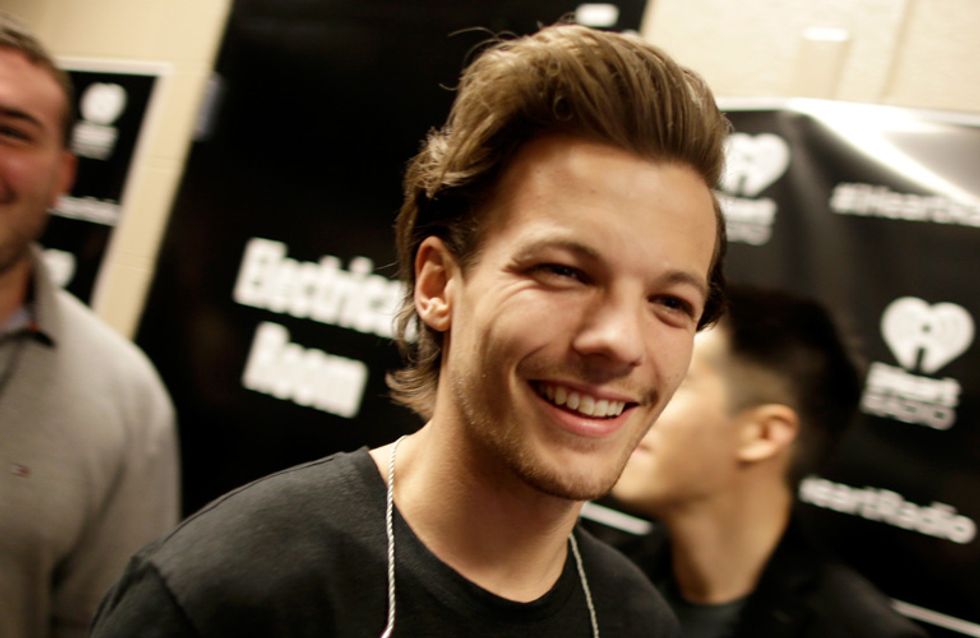 We were starting to think that it was just a rumour that Louis Tomlinson was expecting a child with LA stylist Briana Jungwirth, but now the One Directioner has FINALLY confirmed the rumour on American breakfast show, Good Morning America. ARGH!

The speculation that One Directioner Louis Tomlinson was about to become a father was initially reported by People magazine; however, there has been no official confirmation or denial from the singer or his representatives, until now!

After being asked about his impending fatherhood, he said: “Obviously it’s a very exciting time so I’m buzzing, thank you.”

This wasn’t too long after fellow bandmate Liam Payne confirmed the pregnancy while chatting to Magic Radio’s Jo Parkerson, saying: “Well obviously I was a bit shocked but he’s taken super well to it. And he’s very excited with what’s going on with him at the moment and I feel that stuff like that happens sometimes…he’s taking it very seriously.”

Oh my goodness, it’s happening people! Needless to say, the 1D fans are proverbially losing their MINDS (and being hilarious in equal measure):

I love louis tomlinson regardless if he's going to be a dad or not. you all should too.

"louis tomlinson is going to be a father" Me: nope im gonna wait till he confirms it Louis: *confirms* Me: nope #1DonGMA

I love louis tomlinson regardless if he's going to be a dad or not. you all should too.

What do you think about the news? Tweet us @sofeminineUK!

Everything You Need To Know About Louis Tomlinson's Baby Daddy Drama