Love Island 2017 Stars: Before They Were Famous 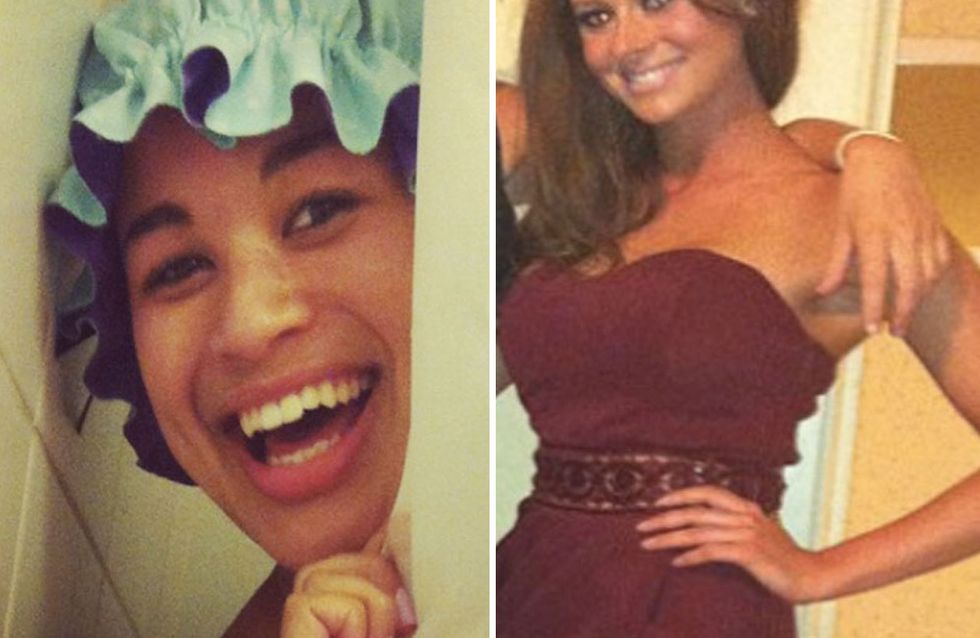 Hands up if you're addicted to Love Island? That's a full house then. We've forgotten what it's like not to be glued to our TV screens, as for social plans? They've all gone out the window until the finale. But while we may swoon (and silently curse) over the contestant's now, here's the proof they haven't always looked the part!

Love Island could quite possibly be the most addictive show on telly right now. I'm not ashamed to admit I'm more emotionally invested in Marcel and Gabby's relationship than my own, and keeping up with Kem and Amber is my new favourite thing (someone get these two their own show thank you please).
​
Feed your obsession while getting in the mood for tonight's episode with our selection of old photos of the Islanders before they took over our screens and our lives. Featuring some seriously cringe worthy throwbacks, we're still waiting for a glow up like this to happen to us tbh.

You may recognise Georgia from your TV screens before, that's because she's already been through this whole reality TV show thing before, on The Only Way Is Essex alongside pals Georgia Kousoulou and Fran Parman. Petite beauty Georgia made sure she made her mark as soon as she arrived by picking Kem to couple up with, much to Amber's shock. This old snap proves she's always been about the blonde life and uber tan, but looks like Georgia has undergone a complete style revolution too!

Athlete Theo has certainly got the git of the gab but will it find him love in the villa? He's been showing off his olympic running technique and putting it on Tyla, even after Johnny warned him off, but will she put all her eggs in his basket? Spoiler: he's always had that six pack.

Calvin Klein model Jamie is very easy on the eye - and it hasn't gone unnoticed by a certain Camilla. After swapping book recommendations on their first date (#goals) it looks like the only way is love for these two, especially after their romantic night int he hideaway together. Blessed with beauty and brains, Jamie has enjoyed a successful career on the modelling books, even lending his looks to Tom Ford! This CK throwback proves he's always been juicy, just a bit less hairy.

Danielle looks completely different to how she used to! The glamour model now sports a shorter, platinum blonde 'do and has changed her style too, although she still loves to look just as glam. We're excited to see what mischief this firecracker stirs up as a fully fledged member of the villa.

Silver haired Chyna won a place in the main villa after being picked by Kem, and we predict fireworks as a result! Before her silver hair and enhanced pout, Chyna preferred the blonde and natural makeup life but now she's hooked up with Essex hairdresser Kem - she can have whatever barnet she fancies tbh.

We're yet to really get to know cheeky chappy Nathan, but hopefully that will all change now he's been re-coupled with this year's 'pocket rocket', Amber. HOW cute does he look in this throwback snap from his prom? The suit may have been too big for him back then, but we're pretty sure his biceps would be hulking out if it nowadays.

With his sights firmly set on Camilla from the minute he landed on our screens, it's no wonder Craig was ecstatic to finally land his dream girl as recent events in the villa left him coupled up with her. The Twittersphere's even dubbed them the new Pro Green and Millie Mackintosh, ha - gotta love Twitter. The personal trainer has acquired a lot more tattoos since this 2013 pic, and a lot more muscle too. FYI he's also ex-Blue member Simon Webbe's bessie. Who. Knew!

Dreamy Alex has stolen the affection of so-far unlucky in love Montana, and the nation cheered in unison when she chose to send Dom home in favour of re-coupling up with him. Now working as a personal trainer, he's seriously beefed up since this goldie olide was taken. He's also grown and bleached his hair with copper highlights too. We LIKE.

Unfortunately lovable Harley was first to be dumped from the island after Camilla failed to pick him. He's certainly buffed up since his days as this fresh faced teen - and he's got himself some better dress sense by the look of it too!

The Chris-Olivia-Mike love triangle had us all glued to our screens, but the confident farmer got the girl in the end. Chris may have infamously claimed that 'everybody fancies him' *eye roll* but we're not sure that's always been the case if this snap is anything to go by.

Making up one half of everybody's favourite power couple, Gabby has made all of us fall in love with her as well as Marcel. Back in the days of being a nobody though, she clearly spent her time working on her best Katy Perry impression. Nice buns!

Unlucky in love she may have been, but Montana has been lucky in the transformation department if this cringey throwback is anything to go by! We hope she decided against packing that dodgy shower cap in her suitcase or she might find herself a singleton again *gulp*

Did you know Marcel used to be a member of boy group Blazin' Squad? Oh yeah, of course you did because he's only mentioned it just shy of 13472346723 times! He hasn't actually changed very much since his younger days with the squad, apart from putting some serious hours in the gym. We can't deny it, we're a little bit in love with him. Marcel for president!

She's gone from being known as the 'posh one who dated Prince Harry' to the nation's sweetheart in a matter of weeks, and stunning Camilla looks unrecognisable in this snap. She's hit the bleach bottle and ditched the burgundy dresses and it's clearly worked a treat in catching the eyes of Jonny and Craig.

Hairdresser Kem has been busy giving the rest of the house the chop, but it seems he's been neglecting his own floppy barnet at the same time if this throwback snap is anything to go by. We barely recognised him without his mullet-esqe curly 'do!

Model Olivia hasn't changed a whole lot, in fact the busty blonde looks pretty much the same as we know her now. Well that's disappointing isn't it...

Outspoken Jess shook things up the minute she stepped foot in the villa in her skin tight one piece and body chain. If that wasn't enough, she then rocked the boat even more by stealing Dom away from Montana in the first recoupling. The only major change in her appearance since her teens is her eyebrows and that's something we can all relate to.

Chloe has undergone a very dramatic transformation. She's ditched her brunette locks in favour of peroxide extensions, plumped up her pout and totally changed her style too. She even used to have a pixie crop. Here's hoping the bubbly Essex is more successful in finding love outside the villa.

Despite making an impact when he first arrived in the villa as one side of the Montana-Jess-love-triangle; after Jess's shock exit he was like a lost puppy without its owner. But would he still have found the love of his life in the villa had he not got rid of this awful barnet? Probs not.

Dancer Amber has had more types 'on paper' than we've had hangovers, but while we thought she had finally found love in the form of cheeky Essex lad Kem, sadly it wasn't to be. She's used to visiting luxurious places for her job, as seen here in this early holiday snap. We think she should embrace her natural curls in the villa too.

Poor Sam was handed more pies than the local bakery, and he couldn't have been more lovely! But the course of true love never did run smoothly, eh? Here's what he used to look like pre-tan and tattoos. We'd recognise that cheeky grin anywhere though! Miss ya Sam.

Salty Simon was partial to a #lads lads lads jolly back in the day, but he's obviously not spent all his years in Magaluf if the buffed up bod we saw each night was anything to go by. If you think you might have seen him before, you'd be right, he's previously modelled for ASOS.

Natural beauty Tyla has certainly made her mark on the villa since her arrival, setting her beady eyes on Jonny from the start. That minimal makeup look she goes for now dates back to her teens when she was also a fan of the natural look. We can't wait to see how their romance blossoms, as much as we still curse Jonny for upsetting our Camsie darling.

Dishy Mike made more of an impact in his first week than some of them have the whole time they've been in there! He famously set his sights on Olivia who was already coupled up with Chris, but sadly she regretted jumping ship and he was dumped from the island. Mike's always had that gorgeous, deep tan and piercing eyes, but just like the other lads, has put in the hours in the gym to pump up those pecs and he's grown his barnet too.

Who are your favourite Love Islanders from this series? Tweet us @SoFeminineUK

​8 Ways To Get Out of A Relationship Rut

Return Of The Flack! Caroline's Most Fashionable Moments