Mariah Carey proudly posted a photo of herself on Instagram wearing a curve-hugging yellow “bra dress” while she prepped for a performance in Lagos, Nigeria on Saturday, Dec. 14, 2013. But little did she know the appearance would spark controversy about her questionable morals for performing in such a corrupt nation... Do you think she should have turned the gig down?

Looking as divalicious as ever, Mariah Carey posed in a skin-tight canary-yellow gown for Access Bank’s Christmas party, which also served as a send off for the company's managing director Aigboje Aig-Imoukhuede.

However her brief visit to Nigeria has caused outrage among some, suggesting that the mother-of-two is wrongly supporting the “hub of human trafficking.”

The star was scrutinised by RadarOnline.com, who accused the 'Honey' singer of wrongly accepting a pay check from the African country amid period of crisis.

Are Mariah Carey and Nick Cannon leading separate lives? The diva speaks out
Mariah Carey has let it slip! It has been confirmed the diva and her hubby-of-seven-years, Nick Cannon have been leading separate lives after all. After swirling speculation concerning the status of their marriage it’s now clear that the twosome are rarely together. Nick was even absent for most of the Glitter star’s pregnancy.

RadarOnline.com said: “Ironically given that she was performing for bankers, it seems Carey wasn’t aware Nigeria is well-known as the center of the world’s email financial crimes! Nigeria is even part of the name as in ‘Nigerian 411 Scams’”.

Meanwhile, others are concerned with her safety. There’s recently been mass killings in two Nigerian states that have been “largely ignored” by local authorities.

According to a report, victims involved in the mass killing were “hacked to death, burned alive, or shot simply based on their ethnic or religious identity.”

Was her performance unreasonable?

Mariah, along with other A-list divas (including Beyonce and Jennifer Lopez) have all performed in countries known for “terror, death and fraud” which some have said blurs the harsh realities of these countries and covers up the human rights issues that go on there.

The superstar performed several hit songs at the Xmas party, including 'It’s like that' and her new single 'The Art of Letting Go'.

She also honoured civil rights leader, Nelson Mandela with her song 'Hero' as a large image of Nelson appeared on a screen behind her.

But, her performance in Nigeria wasn’t the only Christmas gala she led. Mariah also performed a medley of her Christmas hits - including 'All I Want For Christmas (Is You)' at the Rockefeller Center Christmas tree lighting ceremony in New York on Dec. 4, 2013.

So what do you think of Mariah’s decision to perform in Nigeria? Do you think it's irresponsible? Tweet us @sofeminineUK. 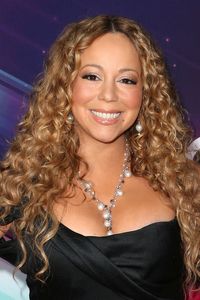