by Emmy Griffiths Published on 12 August 2015 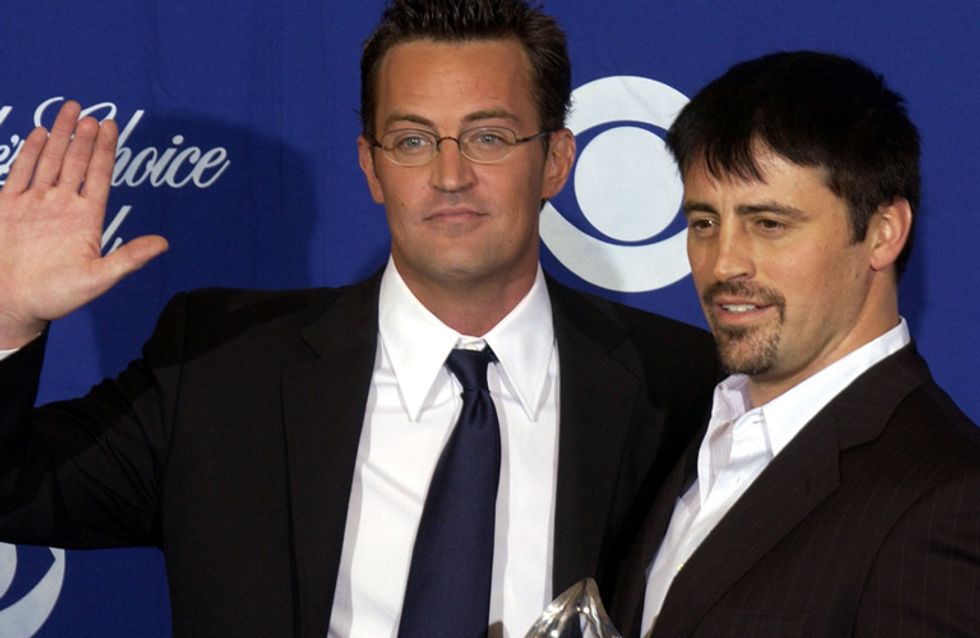 No one told you life was gonna be this way, did they boys?! Jennifer Aniston's Friends co-stars and, we thought, good friends of the actor, chatted about how they weren't invited to the wedding and honestly? Neither of them sound too happy about it. Come on Jen! No wonder there was an I hate Rachel Green club if you're going to going to be like this!

Jennifer Aniston and long-time fiance Justin Theroux got hitched last week and, if you were anything like us, you were delighted for the couple (especially because Jennifer deserves her happy-ever-after dammit)! However, reports have now surfaced that Jen didn't invite her co-stars of ten years Matt Le Blanc and Matthew Perry, who played Joey and Chandlers in Friends respectively. Erm, WHAT?!

So why weren't they invited when Courtney Cox and Lisa Kudrow were? (No word as of yet from David Schwimmer, but we remain hopeful). Matthew Perry sounded cheerful (but we think, secretly devastated, about the snub). He told People magazine: “It was a surprise to me as well. I wasn’t invited. So what can you do? They’re a lovely couple, and I’m happy for them.”

Matt Le Blanc aso said: "I think they're a great couple. I think she's happy. And that's all I care about is that Jen's happy. If she wanted me there, I would have been there."

Jennifer! Your friends are so kind and supportive, what is wrong with you?!

To be fair though, apparently Le Blanc couldn't make her wedding to Brad Pitt even though he was invited. He said: "I missed when she married. I was in Austria working. She called me, and she was like, 'You're really not coming to my wedding?' And I was like, 'I asked them if they could change the schedule. I would fly and clap and fly out.' And they said, 'We can't do it. It's too tight.' [...] Probably should have left anyway, but sh*t happens. What are you going to do?"

We have to say, this news has hurt us. This is almost as bad as finding out that Daniel Radcliffe and Rupert Grint aren't really friends in real life.

Do you think they should have been invited to the wedding? Tweet us @sofeminineUK!