by Esme Riley Published on 11 September 2013 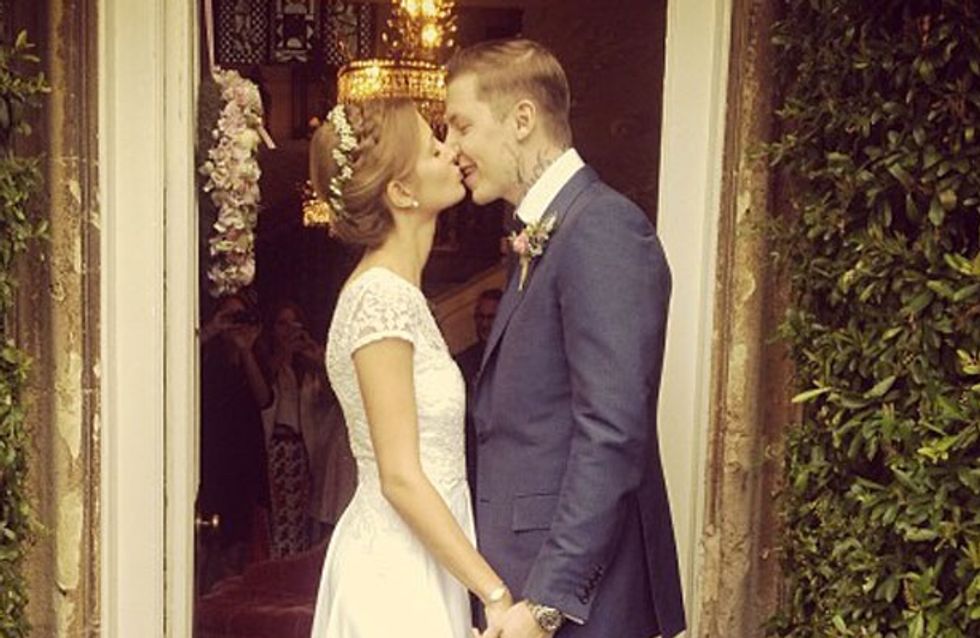 Millie Mackintosh and Professor Green have tied the knot after getting engaged earlier this year. The couple wed in front of close friends and family, including a few familiar faces. Surprisingly, Millie’s Made In Chelsea cast mates made an appearance, despite recent reports they weren’t invited.

The reality star's Made In Chelsea colleagues were there to watch her tie the knot, despite months of claims they weren't invited.

Pro Green even previously said of his nuptials: "Nah, no Chelsea people. I don’t know many Chelsea people apart from Millie and her immediate circle, who aren’t in the TV show."

Millie and her rapper beau wed in front of loved ones at Babington House, near Frome in Somerset.

The couple couldn't stop smiling after exchanging vows in the venue's church, hugging and kissing as they posed for photos.

She wore her hair in a plaited updo with a floral headband and kept her make-up minimal.

Pro Green, meanwhile, slicked back his hair and chose a blue suit for his big day.

He wrote on Twitter on Monday evening: "Thank you all for your kind wishes, as you may have read I'm marrying the love of my life tomorrow so I'm off for a little while, big love x."

The 29-year-old rapper - whose real name is Stephen Manderson - chose lifelong friend Lewis Richards as his best man, who also works as his PA DJ.

Millie, 24, had four bridesmaids - one of whom was model and Dirty Pretty Things star Charlotte De Carle.

They all wore blushing pink dresses, floral headbands and carried muted bouquets like the bride.

Surprisingly, Millie's former MIC BFF Caggie Dunlop was not chosen as a bridesmaid, though she did attend the event in a white dress.

Current Made In Chelsea star Rosie Fortescue arrived with Caggie, wearing a printed orange and cream pencil skirt with a cream top.

Other famous faces on the big day included Lily Allen and her husband Sam Cooper, plus Example and his new wife Erin McNaught.

After becoming Mrs. Manderson, Millie posted a couple of photos on Instagram with the caption: "Happy." 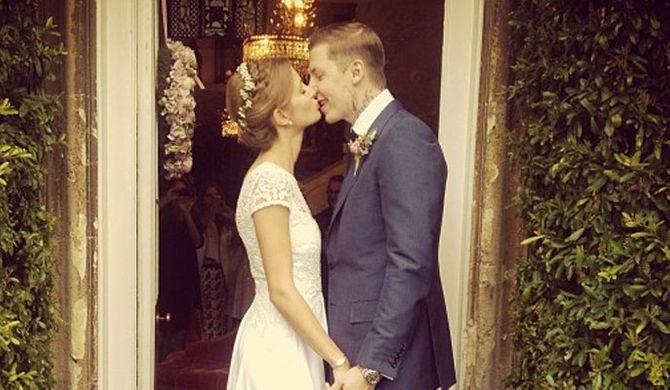