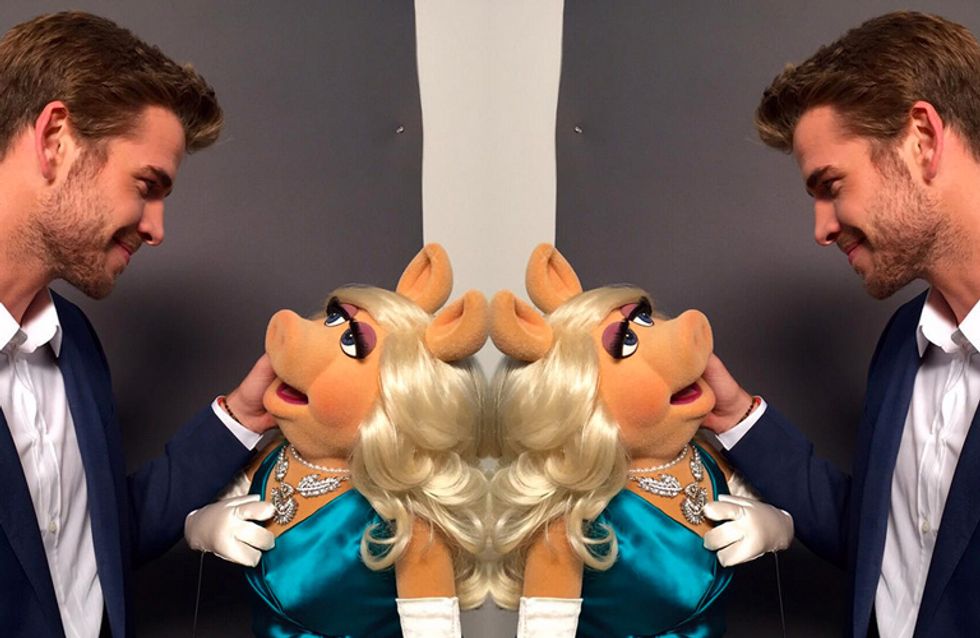 A little while ago, we brought you the devastating news that Kermit the frog and Miss Piggy had ended their marriage in order to see other muppets/people/pigs. Thing is, we never thought it would really happen, you know? We thought they’d give love another chance. But recent reports show that not only has Kermit moved on with another lady pig, Miss Piggy has moved on with LIAM HEMSWORTH. What is happening!

It was a black day back in early August when Miss Piggy’s official Facebook page released this statement on behalf of herself and her hubby, Kermit the frog:

After careful thought, thoughtful consideration and considerable squabbling, Kermit the Frog and moi have made the...

Naturally we were all totally devastated. Miss Piggy and Kermit may have had some issues, but they were so good together and they really did love each other! They sang a duet while dangling off a cliff in Muppet Treasure Island for crying out loud! However, it looks like they’ve both moved on as Liam Hemsworth shared a snap captioned: “Spent Friday with the most beautiful girl in the world”, accompanied by a picture of him caressing Miss Piggy’s cheek.

Spent Friday with the most beautiful girl in the world. Kermit, #SorryNotSorry. #TheMuppets #misspiggy

Thing is, she isn’t the only one to have moved on, as Kermit the frog has also been seen canoodling a new piggy lady friend, Denise, who many have suggested is the spitting image of Game of Thrones Natalie Dormer.

Is it just me or does Kermit's new girlfriend on @TheMuppetsABC look exactly like Natalie Dormer? pic.twitter.com/LxZPWAiVKs

According to People, Denise just can’t get enough of her new green BF. Sources say: “She’s always stopping by the set of Up Late [Miss Piggy’s talk show which Kermit still works on].

“He calls her his girlfriend.”

Of course, all of this will be documented in The Muppets new TV show, a mockumentary (ahem, real and authentic documentary) which shows the muppets going about their daily lives with the promise of celebs. The preview is here, revealing Kermit’s new relationship with Denise where he says: “what can I say Gonzo? I'm attracted to pigs.” WE KNEW IT.

So what do you think? Are you Team Piggy or Team Kermit? Tweet us @sofeminineUK!