New Hunger Games: Mockingjay Part 2 Trailer Is Released And It Is On Fire 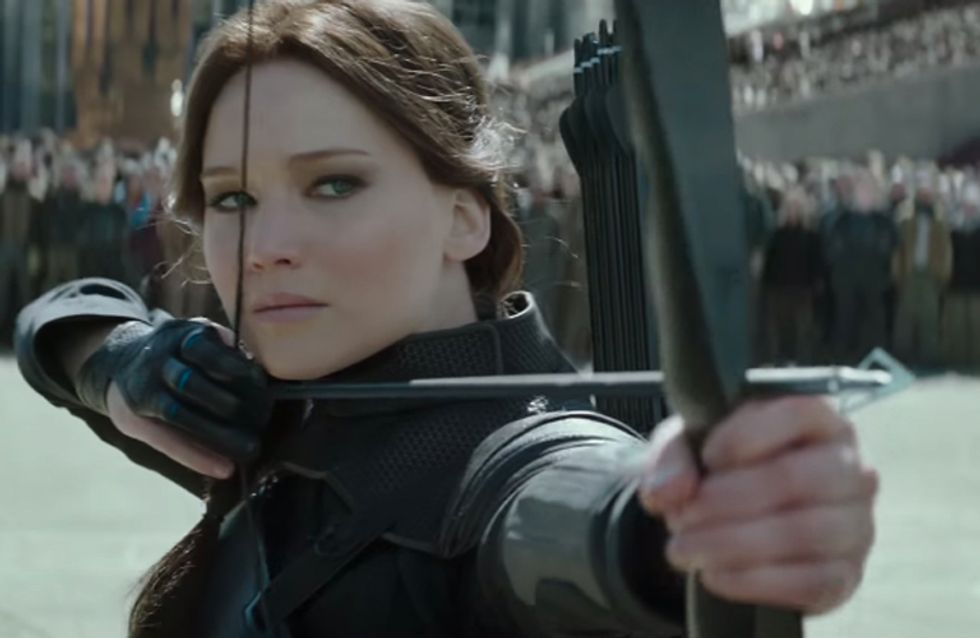 "Ladies and gentlemen. Welcome the 76th Hunger Games." EEEEEEEEEK! The Hunger Games franchise was always a bit doom and gloom, but Mockingjay Part 2 is doom, gloom, revolutions, romance, battles, and a Capitol rigged with explosives. To sum up? It looks AWESOME ARGH.

The final installment of the immensely popular Hunger Games franchise has been released and we are having all of the moments because it looks OH-SO-GOOD. Katniss is as fed up of her life as ever as she becomes the face of a revolution and calls for the distracts to step up against the Capitol for one last time.

​This is what the first three films, and particularly Mockingjay Part 1, has been waiting for. The final film sees Katniss, Gale (oh hey Gale) team up with District 13 to end the Capitol's regime, and President Snow. We even get to hear Peeta speak! He says: "Our lives were never ours. They belong to Snow and our deaths do too. But if you kill him Katniss. If you end all of this, all those deaths? They mean something."

We even manage to catch a GLIMPSE of romance between Katniss and Peeta. Hells yeah!
​

The movie, which will be out on November 19th, will be the end of an era. As President Snow says: "Make no mistake. The game is coming to it's end."

Are you planning to watch the film?! Tweet us @sofeminineUK!