Our Favourite EVER Sofa Family Is Coming Back To Gogglebox 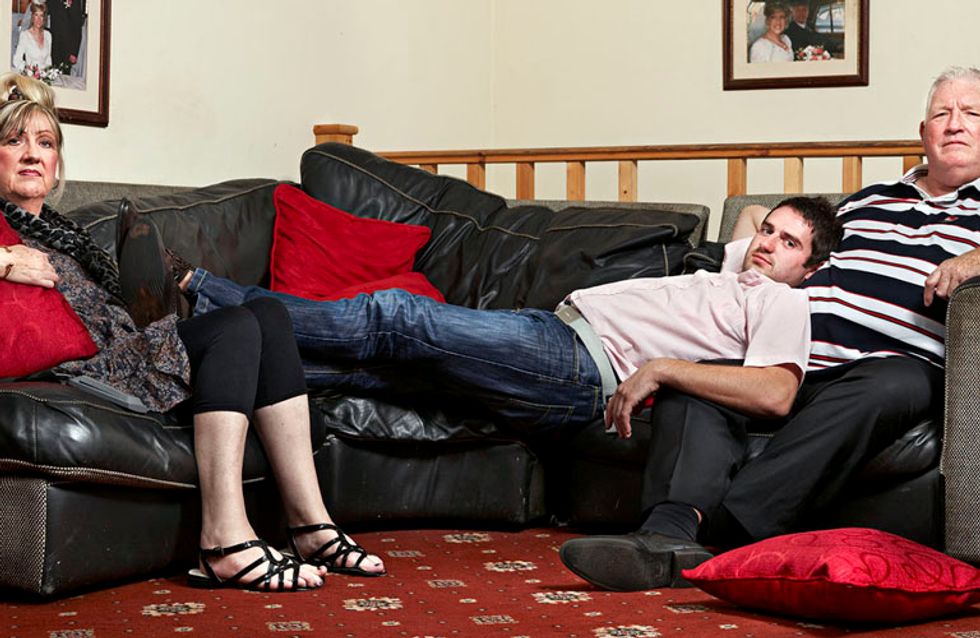 How have we managed to last so long without the Gilbeys on our screens? George, Linda and Pete, who had to have to leave the show after they were SO freaking popular that George was ended up appearing on Celebrity Big Brother are finally making a comeback, and we can't WAIT to laugh at their antics next Friday.

When the Gilbey family had to leave Gogglebox so that George could be paid BANK to appear in CBB, of course we mourned. We pleaded with Channel 4 producers. We lit a candle in their memory as we watched Scarlet Moffat rip into The Great British Bake Off, and now it seems our wildest wish has been granted as the Gilbeys are BACK baby!

The Essex family, who memorably took down almost every show with hilarious one-liners (and burst into tears when Gogglebox won a BAFTA), could not be more delighted to be welcoming the Gogglebox camera back into their homes but that isn't the only good news in their lives! George is also about to become a dad with his girlfriend Gemma. Oh, they grow up so fast!

Linda told Heat magazine: "I'm ecstatic. I'm so, so excited," while George admitted he knew she was the one when she just wanted to stay in and watch telly. He said: "After we'd been seeing each other for a week, she said, 'It's nice going out and all that, but can't we just stay in together?' That's when I knew it was proper, because she wasn't just interested in being seen with me."

Cute! Are you looking forward to Gogglebox (and the Gilbeys) coming back to your screens? Tweet us @sofeminineUK!

Golden Gogglebox Moments You Have To Laugh At