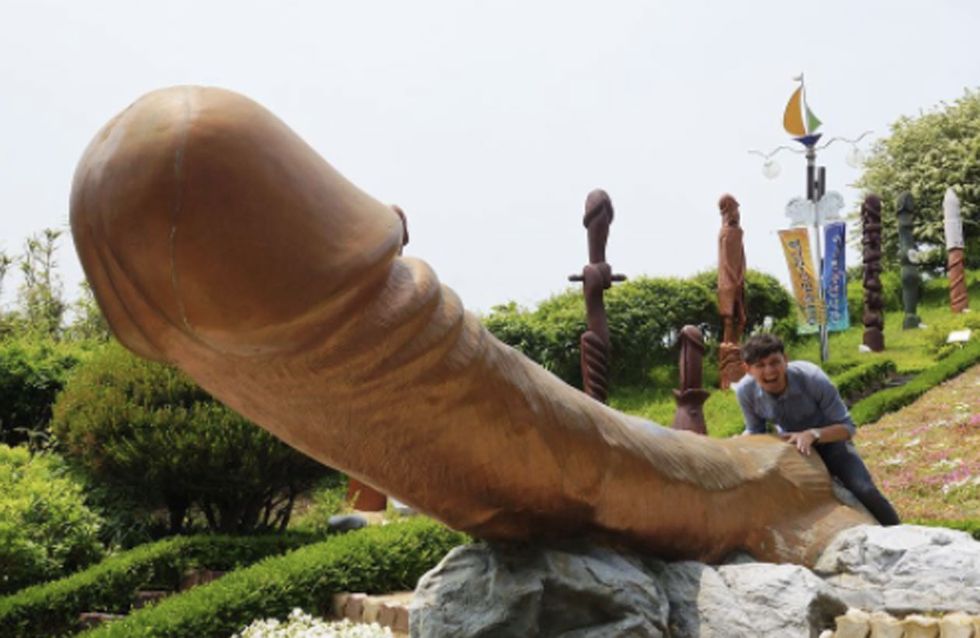 If you've ever wondered what a theme park would look like if you replaced the rollercoasters and hot dog stands with a load of intricately-crafted wooden willies, then allow me to present to you the answer IRL: Haesindang Park. No you're not dreaming, it's very much a real attraction and you can visit it for yourself right now but it's probably best to leave the kids at home.

Forget spending the day at Thorpe Park or Alton Towers to get your adrenaline fix because this penis theme park in South Korea will satisfy every thrill seeker's need for excitement - but in an entirely different way. Meet the 'adult' theme park that will have you screaming with laughter rather than fear.

The aptly-named Haesindang Park (or penis park as it's otherwise known) is situated in South Korea and is the naughty theme park dedicated to wooden phallic sculptures, literally everywhere you look there's a penis, giving even Amsterdam's infamous seedy district a run for its money.

According to The Metro, Haesindang Park was born when a virgin was believed to have drowned off the rocks near the park which caused a local fishing business to dry up. The town was said to be cursed until a fisherman er, engaged in some self-love in the sea and his relief led to him being suddenly able to catch fish again.

Are you inspired to visit the land of the wooden willy? Let us know @soFeminineUK