by Emmy Griffiths Published on 17 April 2014 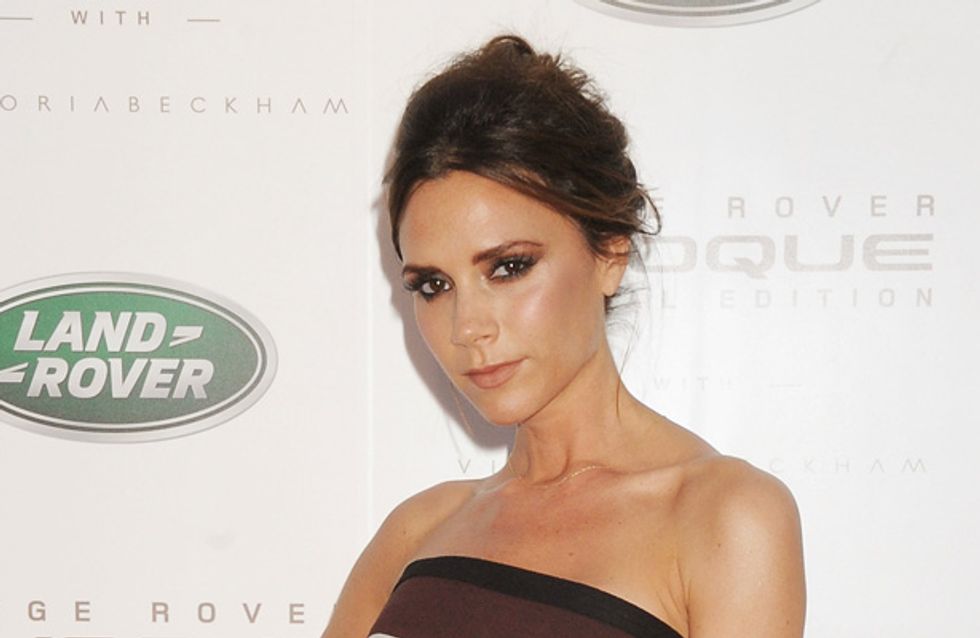 The pop star turned fashion designer Victoria Beckham has turned FORTY today - when the hell did that happen!? But despite being married to our hottest national treasure, (kudos VB) she has never managed to escape her ‘misery guts’ rep from her (constant) sour faced pap snaps. Fact is, she’s actually hilarious. Here's 13 moments that prove Victoria Beckham has a sense of humor...

She was the best one in Spice World

She has a sense of humour about her fashion career

When asked her most bizarre moment in the fashion industry, she said: "I once had to do a voice-over and pretend to be a bunny rabbit". We need to see this.

"They always say, 'My God David is so handsome, he's gorgeous, he's so good looking, and she's so funny.'

Basically that means you're a pig with a sense of humour."

She has a flair for the dramatics

She loves her Spice Girls fans

"He does have a huge one, though. He does. You can see it in the advert. It is all his. It is like a tractor exhaust pipe!"

On her beauty regime

Even Victoria needs to fix her pout in the morning! She said: "I go into hair and makeup, and I turn into 'Victoria Beckham'."

On her signature huge heels

"They're not that hard to walk in ... They're not uncomfortable! [But] you have to go to a sex shop to get this spray to polish them."

She loves her children, but…

"Three boys. I think it's less about parenting now for me and more about crowd control."

She loves her hubby

Why is David bear so shy ??? X vb pic.twitter.com/nH6eZTRAKe

On her famous pout

"I think they have this impression that I'm this miserable cow who doesn't smile. But I'm actually quite the opposite ... I'm going to try and smile more for America"

She's proud of her roots

Why wouldn't you pose with a fairy doll version of yourself?!

Finally!! I found someone to duet with on my Xmas e-commerce shoot! X vb pic.twitter.com/cqT2aHVGdW

Happy Birthday Victoria! Wish the star many happy returns and tweet us @sofeminineUK!