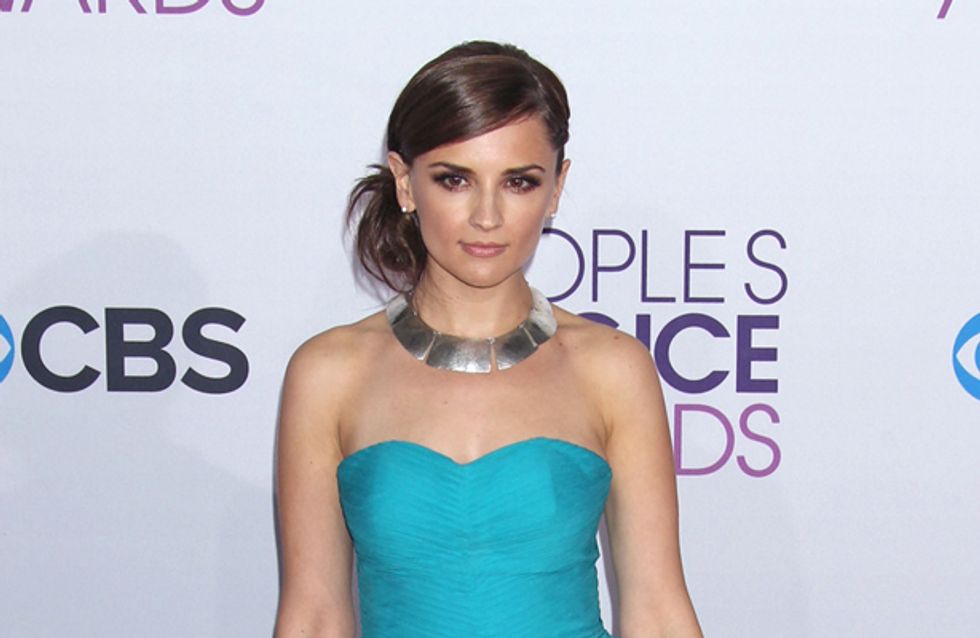 Rachael Leigh Cook’s little bundle of joy has arrived! And it’s a girl. Despite incorrect reports prior to the birth, we can now confirm that Rachael delivered an ‘immaculate’ baby girl on Sunday night, September 30th. Proud dad Daniel Gillies announced the wonderful news via Twitter last night...

The 33-year-old actress had been keeping a low profile since the announcement, making sure the sex of her first child was not disclosed.

But finally the time has arrived! Vampire Diaries actor Daniel took to Twitter in utter excitement to express the happy news.

He said: "It's a girl. The tiny new empress of my everything... she's immaculate. We're delirious."

it's a girl. the tiny new empress of my everything. she's immaculate. we're delirious.

Earlier that evening, Daniel shot down rumours to let everyone know that the baby had not yet been born. There were several outlets claiming that the couple had a little boy, which was totally false misinformation.

Rachael wasn't able to hide her baby bump any longer so the breaking news was officially announced in May when she was four months pregnant.

And they might just have an actress in their hands.

She told Us Weekly earlier this year: “I’ve been hiding my rapidly growing bump while shooting, but this kiddo is vying for screen time. We clearly have a future actor on our hands.”

Although she didn’t let a peep out during her pregnancy, she did however take the time to talk to People’s Celebrity Baby Blog about approaching motherhood and it seemed like she had it pretty easy compared to most new mums.

Keeping positive, she said: "I feel a-okay so far. I know that a lot of women have horrendously difficult pregnancies so I am feeling very lucky (Knock on wood!)."

Rachael and Daniel tied the knot in 2004 and she is starring in Perception with Eric McCormack.

​ Congratulations to the new parents! Who can’t wait to see a picture of their baby gal? Tweet us @sofeminineuk

by Vivian KELLY
181 shares
#Baby
For all the best videos, memes and shareable news!