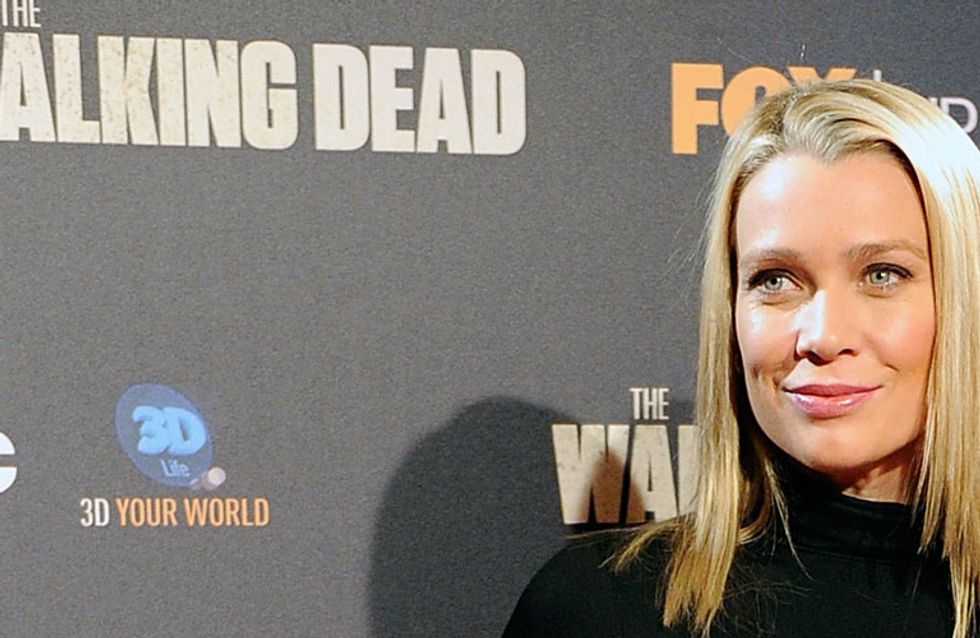 This is even better than the time Ryan Gosling saved a woman by pulling her out of the wake of a speeding cab. Laurie Holden, who played the resident badass Andrea on The Walking Dead, also happens to be one in real life. She helped save 55 sex slaves in Colombia, USA. What have you done today?

Who knew TV action heroes could save lives in real life? Evidently Laurie Holden did. The actress is also an avid human rights advocate and works with organisations like Operation Underground Railroad, which helps rescue children from slavery. Holden recently embarked to Colombia with the organisation for a sex slavery sting. They worked with the government of Colombia and had a bachelor party order underage sex workers.

After the traffickers agreed to be on camera, they delivered 55 underage girls, at which time the authorities rushed in to rescue the girls and arrest the traffickers. The sad news? The first things the girls asked upon their rescue is if they would still get paid for their services. It shows that rescuing them from slavery is just part of the battle. Social workers and Holden were at the scene to offer comfort and support to the girls. The whole thing was caught on camera, check it out below:

Are you impressed as we are? Tweet us at @sofeminineUK

This article was written by Dagney Pruner. Follow her at @dagneyp

International Day Of The Girl: Stand Up For Girls' Right
​
Is Rape Culture Something That's Taught At School?