Welcome To "Real/Unreal": The Campaign Focused On Getting Rid Of Photoshop In Advertising For Good

by Cristina Gonzalez Published on 28 July 2015

Adi Barkan is an Israeli fashion photographer who has, for the last sixteen years, protested against the highly unrealistic representation of women in the media after seeing the horrors of anorexia up close in his work. He has now created the Real/Unreal campaign in his goal is to stop photoshop touch-ups in advertising and implement laws that models must have a healthy BMI in order to prevent anorexia. Yup. He's officially our new hero.

Adi created the Real/Unreal Project to ban the use of Photoshop in advertising campaigns, a practice which ultimately promotes unhealthy body images by using too-thin models then airbrushing them to perfection. As a fashion photographer, Adi knows better than anyone the insane pressure on models regarding their diets and the impossible standards expected of them.

With the Real/Unreal Project, Adi's main goal is to promote companies that don't hire models with weight lower than their healthy BMI (Body Mass Index), and those who refuse to use Photoshop to touch up their models.

Photoshopped images of models and celebrities are in every magazine we pick up, and set a beauty standard which is literally unobtainable. Want to see for yourself? 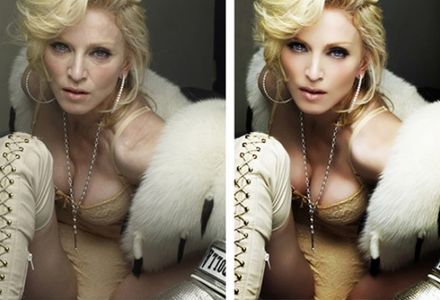 If you think about it, have you ever seen a model or actor on the cover of a magazine whose face hasn't been photoshopped?! How different would it really be if they appeared on the cover actually looking like themselves?! We wouldn't avoid buying the magazine or think the (probably stunning) cover girl looked bad, would we? It seems insane that Adi has to fight for a normal and natural representation of women in the media and we love him for it.

It isn't just the normal woman on the street that isn't impressed with photoshopping standards. Celebs have also spoken out against the practise, most notably Drew Barrymore and Emma Watson. The star of Harry Potter told The Sunday Times: “As a younger woman, that pressure got me down but I’ve made my peace with it. With airbrushing and digital manipulation, fashion can project an unobtainable image that’s dangerously unhealthy.

YOU TELL IT GIRL!

Drew Barrymore said something similar in an interview with New York Magazine: "When you see women who have warmth to them, that’s beautiful. It’s about a good heart and a smile that is coming across. I don’t really connect with a cold, aggressive-type thing.

"I think there’s natural makeup. I don’t pile it on every day. Most days, I go out and don’t wear any. I want to let my skin breathe. I get photographed like a dark-circle zombie. I just don’t care. I don’t think it’s real. It hasn’t put a gun to my head to put on more makeup. I’m just trying to get my shit done."

Want to see how easy it is to retouch an image? Check out how dramatically this model changes with just a few clicks:

A commitment to health and naturalness

Adi Barkan's goal for Real/Unreal transpired after seeing first hand how models were treated. Speaking of the experiences that convinced him to begin the campaign at TEDx foundation, he said: " In the early 90s I went to photograph a fashion show. When I walked into the makeup room, I was surprised to see the extreme thinness of the legs of the models. One of them asked me for a piece of the sandwich I was eating when her agent started screaming at her: 'How dare you eat?! You have a casting Thursday!'"

Since 1999, Adi has made several campaigns to promote health on the runways. In 2002 he introduced a bill in which he called for all modelling agencies to measure BMIs in order to promote a healthy image. The law was passed and Israel became the first country to opt for such a measure. Seriously, the first country. Why aren't we all doing this?!

Every company committed to promoting a healthy image can be added to the Real/Unreal project through its website.

Besides Adi Barkan, in recent months there have been different photographers around the world who also wanted to capture what women really look like. Check it out: 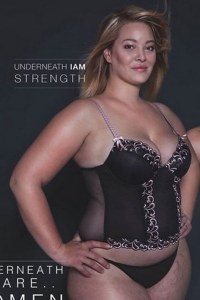