In The Notebook, starring Ryan Gosling and Rachel McAdams, there is this one scene. There are swans and a boat and it starts raining as McAdams yells at Gosling about how, for her, their relationship wasn’t over. He then replies: “It wasn’t over! It still isn’t over!” Then they kiss. This is when the world agreed that these two should be married in real life. Well, allegedly the real life pair has copied their onscreen counterparts – as rumour has it they are back together! YAY!

It looks like Ryan Gosling and Rachel McAdams could be getting back together. Delighted? So are we!

​Since watching them make out at the 2005 MTV Movie Awards after winning best kiss, we think everyone knew that the two actors were perfect for each other. The only people who didn’t seem to realise it was Ryan and Rachel themselves, even though Ryan named Rachel as one of the “great loves of my life.” Well, duh!

​However now rumours are abound that the Drive actor’s relationship with Eva Mendes is on the rocks with a source saying: “history is repeating itself with Ryan. He’d love marriage and to have kids and she’s not ready.”

Rachel's title as queen of romance genre films - as she has appeared in About Time, The Time Traveller's Wife and The Vow – must be making her a little bit eager to get hitched, right? Right?!

​We mean, honestly, how compatible can Eva and Ryan really be? Yes they are both absolutely stunning, but he has chemistry with Rachel! Unequivocal chemistry!

​According to OK! magazine, The Notebook co-stars have apparently been seeing each other more and more after Ryan’s “unofficial” break up with Eva, as Rachel is also a single pringle at the moment.

​So is it all wishful thinking, or could they really be hooking back up? Tweet us @sofeminine.co.uk 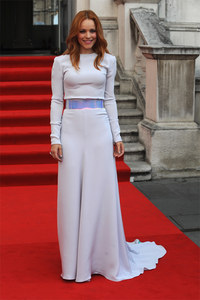 by the editorial team
+
All the news about Rachel Mcadams