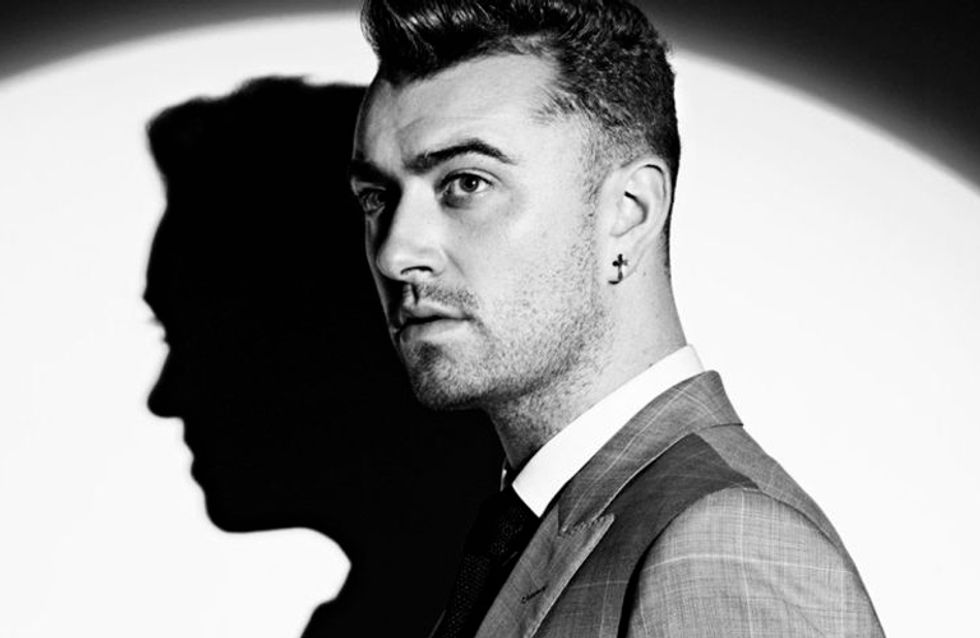 If anything was going to force us to pause our 'Fave Glee tunes' Spotify playlist, it's Sam Smith's brand new single for the latest James Bond caper: Spectre. The unique British singer has followed the footsteps of Shirley Bassey, Madonna and Adele and honestly? This might be our favourite one yet.

The tune is delightfully dramatic, and it's a SURE hit. We're so happy for Sam Smith, who apparently has been chasing the film, emailing his agent with the subject line of "007" two YEARS ago.

Since fans have been going crazy for the track, he earlier tweeted thanks for making his dream of writing a Bond song come true, saying:

I have been dreaming of this moment for a long long time.

Breaking down the track in an interview with Morning Edition about the track, he said: "My music is a diary and it's a recap of my life, and I wanted to bring that kind of honesty. In the lyrics — "How do I live, how do I breathe? When you're not here I'm suffocating" - I wanted a touch of vulnerability from Bond, where you see into his heart a little bit."

"I tried to put myself in the shoes of Bond...When it goes into the chorus, it's massive - and then I wanted it to sound like all the air was being sucked out of the song really quickly as it goes into 'How do I live, how do I breathe?'", Sam explained. "And then, it slowly raises again in that last moment to the final explosion, leaving it to the orchestra to then take it away."

Well, you certainly succeeded Sam! The song is also extremely close to Sam's heart as his Uncle Terry, who was born with brain damage, is a major James Bond fan. Sam said: "He's got every single poster, every single figurine. I just thought, how incredible that would be for him, and for the family and stuff, to do that theme song. It would be amazing. I'm not sure he even knows yet that I'm properly doing it. But I'm gonna bring him to the premiere."

But enough chitchat! Listen to the song for yourself and let us know what you thought @sofeminineUK!