Sherlock Holmes 3 Officially In The Works

by Emmy Griffiths Published on 6 August 2015 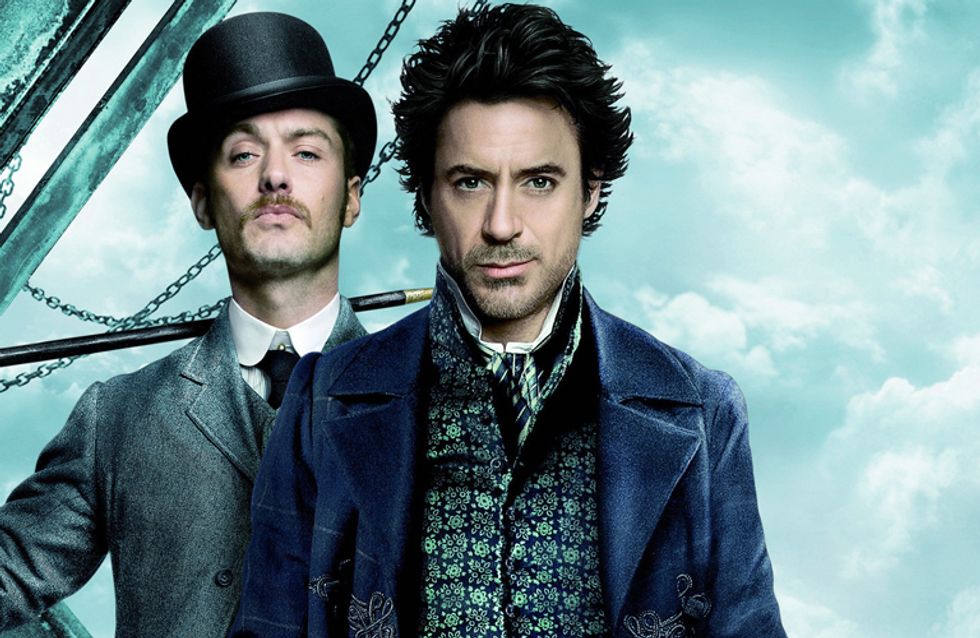 We might not be the obsessed drooling fans that we are BBC's Sherlock, but we still have a lot of love for the Roberty Downey Jr and Jude Law movie version of our favourite bromance! So we couldn't be more excited to announce that the posh pair will be back for a third installment!

The producer of the first two movies, Lionel Wigram, has chatted about how a third movie is definitely in the works, and that both Robert Downy Jr and Jude Law are both keen for round three.

He told IGN: "We're working on a Sherlock Holmes 3 script. I think we would all love to do one if we could come up with something that really was really going to knock it out of the park and was going to be the best of the three. So we’re working on that – it’s quite hard to do."

It's no wonder that RDJ and Jude Law are keen to sign up for round three. It's hardly a secret that the pair are BFFs, and loved making the first two films in spite of certain incidents including that one time Robert accidentally-on-purpose stomped on an extra's hand who he believed to be a dummy.

Brilliant. Are you looking forward to the return of this pair? Tweet us @sofeminineUK!

13 Movies That Lied To Us About Life In London