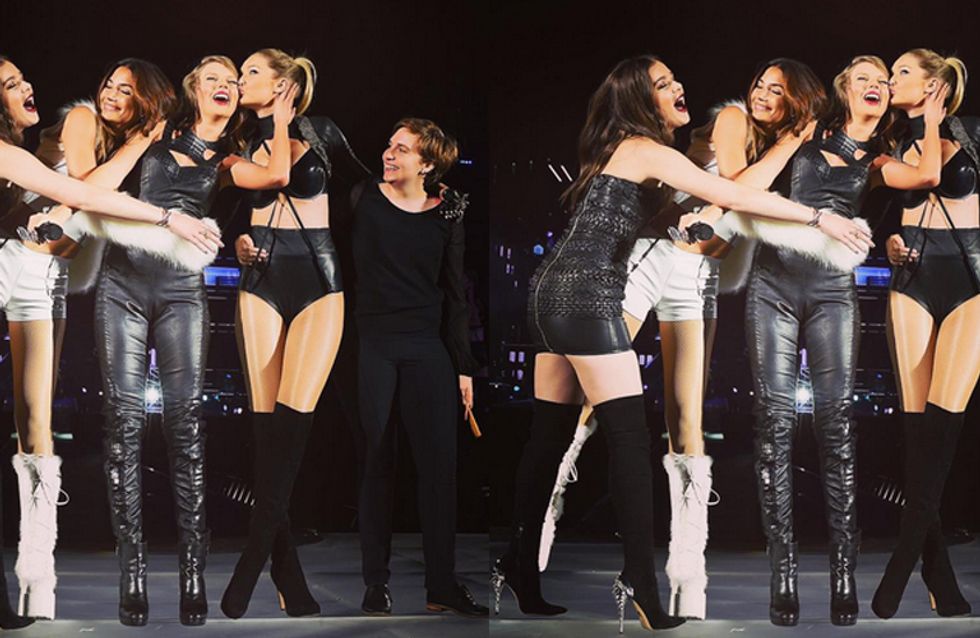 Taylor Swift has never been more popular than she is right now. Not only is her album 1989 an absolute belter, she has spent 2015 proving that she couldn't do enough for her BFFs. So what happens when the BFF squad just keeps growing? What would happen to our planet? In fact, the question really shouldn't be IF they take over the world. The real question is when?

Taylor has a penchant for bringing her friends onto stage for a few minutes in every show, surprising fans and giving herself a great Instagram photo op has started to be just that little bit mocked. Like, we love her and everything, but what do all her supermodel friends even do when they're on stage? Just smile and wave?

Since the release of the Bad Blood music video, which shows Taylor's apocalyptic squad kicking ass after Tay was betrayed (because Selena Gomez steals a suitcase or something?), we know just how dangerous this stage-walking-supermodel squad can be and so, apparently, does SNL.

The hilarious sketch shows two best friends who wake up in a dystopian world after Taylor Swift and her gal pals have taken over the world.

"Where are they now?" One of the survivors ask.

"I don't know. Probably having some sort of taco night." Another replies.

After everyone abandons their post to become friends with Taylor, it really is the end of times. The police, the fire department and MATT LE BLANC join, the crops start dying, and even one of the plucky heroines of the sketch begins to become a convert. This is the Apocalypse people! Check it out...​

As for Taylor's response? So far she hasn't given the sketch any attention, and has continued to be the Queen of everything with her friends. Let's face it: we'd definitely be in the squad if we had the chance! SHE DANCES TO NELLY HOW COULD YOU RESIST.

Would you be in Taylor's squad? Tweet us @sofeminineUK!

Is Khal Drogo Returning To Game Of Thrones?! Emilia Clarke's Instagram Suggests So!