Home / Entertainment / News celebrities / So Are We Going To Talk About Peter Dinklage's Man Bun?

by Emmy Griffiths Published on 21 September 2015 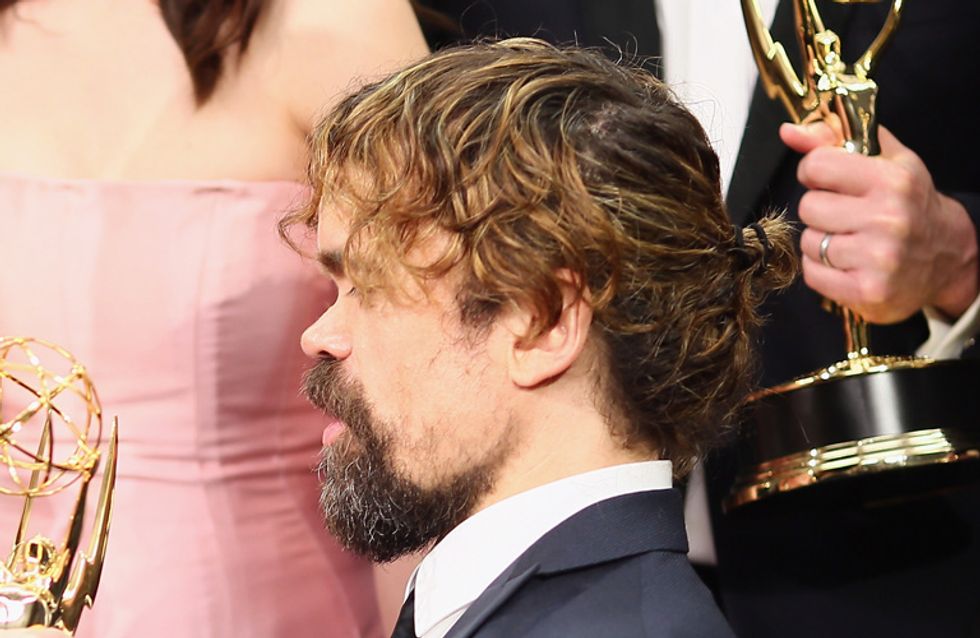 The 46-year-old actor looked amazing last night as he rocked a suit and clutched that much coveted accessory: an Emmy Award for Best Supporting Actor.

But we were more interested in what was going on behind-the-scenes of that photo. Behold!

LOOK AT IT! Look how tiny! How long must it have taken to get enough hair into that man bun?! 'Tis the tiniest of man buns!

At first we were shocked and alarmed.

Then we realised it was just Peter being Peter. Remember that time he rode about NYC on a scooter?

It is nice to see Peter changing up his appearance though, especially since he's admitted to not owning a hairbrush.

On talking about how his hair achieves the matted chic look, he told Reddit: "It's called not owning a brush. Or a comb. That's my secret. Just don't buy a comb."

Forget becoming the God of tits and wine, Tyrion should become the god of the tiny man bun in Game of Thrones season 6!

The Emmy Awards 2015: The Winners And The Losers