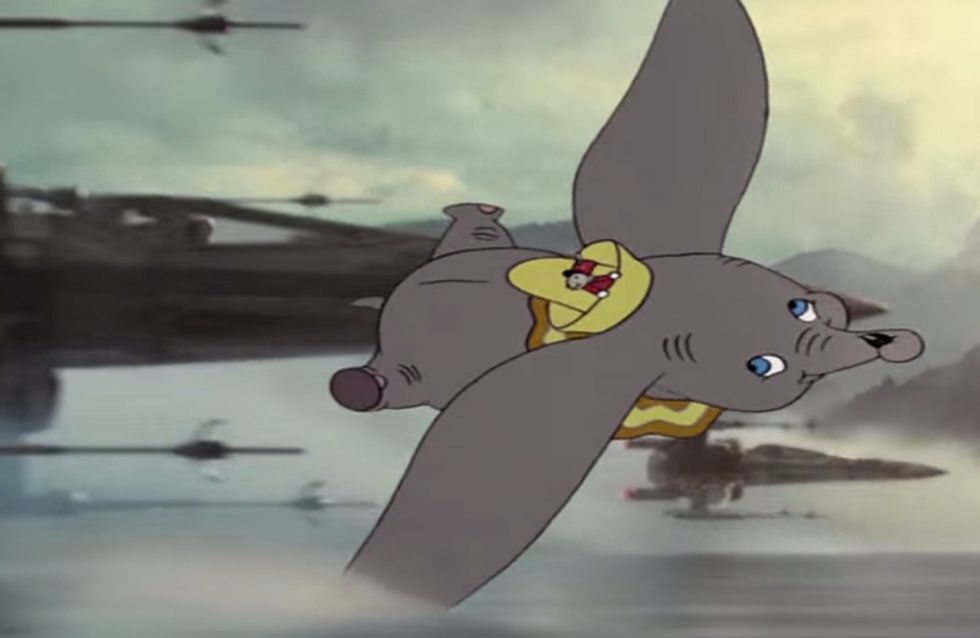 From Jasmine's Palace in the desert planet Hoth to Scar from The Lion King commanding his own stormtroopers, this Disney Star Wars mash up is amazing.

With the brand new Disney characters mashed up in the Star Wars: The Force Awakens trailer, this trailer is probably an accurate portrayal of what die hard fans nightmares looked like when they discovered Disney had acquired rights to the incredibly popular sci fi films.

Thing is - we actually think it looks pretty good, particularly as Luke Skywalker's legendary speech overlays the action! There are also some seriously awesome bits of editing, from Mufasa's "you are my son" speech playing as the camera pans over Darth Vader's helmet (genius!), to Aladdin flying on the magic carpet along with fighter jets to Captain Hook's 'hook' lightsaber. AWESOME.

They put some really obscure Disney character in there as well, like who even remembers that snake from Robin Hood? (We do. His name is Sir Hiss and he's amazing). See if you can name them all in the video below...

Would you rather see that film than actual Star Wars? Tweet us @sofeminineUK!