Spider Dog Is The Most Terrifying Prank Of All Time

by Ursula Dewey Published on 8 September 2014 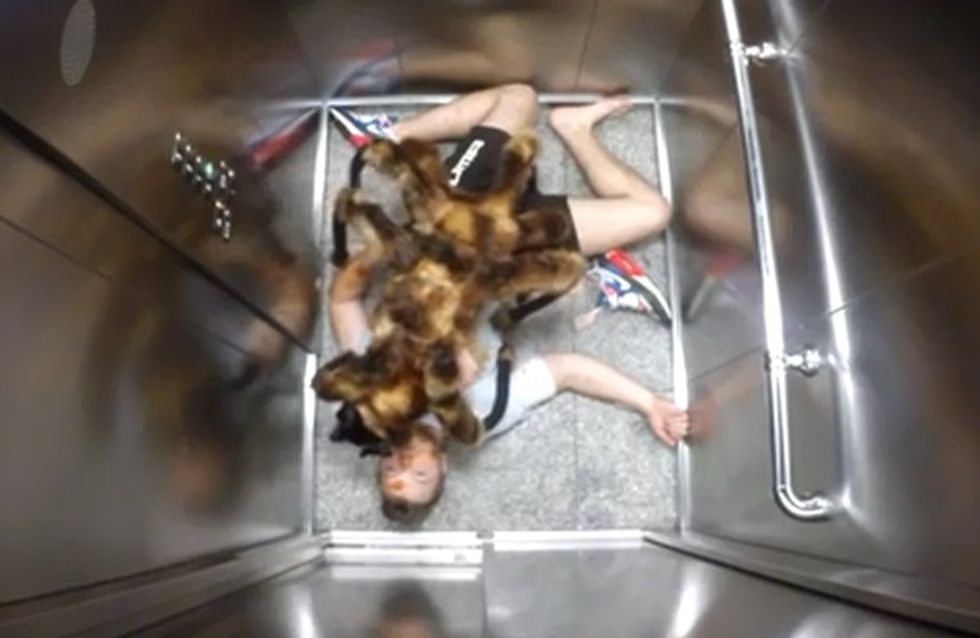 If a giant mutant spider bounded towards you in the dead of night, what would you do? Would you scream? Cry? Run away screaming and crying? Or would you look closely enough to see that, rather than a terrifying tarantula, the creature that will forever haunt your dreams is actually an extremely bemused dog in a spider costume?

SA Wardęga, a Polish prankster, outdid himself when he decided to dress his dog Chica up as a giant mutant spider to scare people and dammit, he succeeded. This has to be the most horrifying prank of all time. We're not sure if we're more scared or impressed.

​​Spider dog is actually hilarious when you see him for what he really is - a happy little dog running up to people - but for those who just saw eight legs and thought 'NOPE', it looks like this one is going to stay with them for a LONG time!

Would you have been absolutely terrified? Tweet us @sofeminineUK