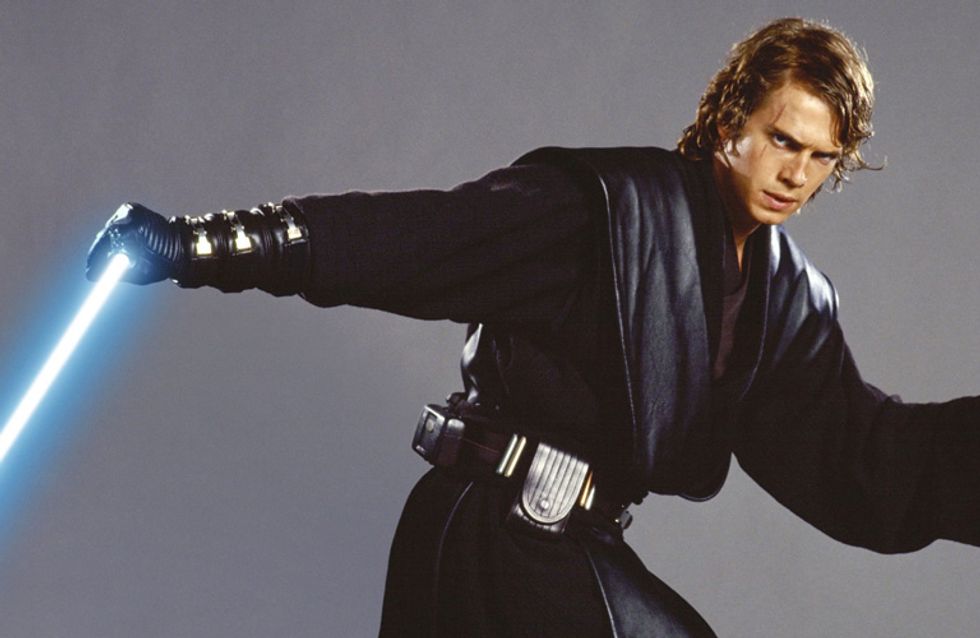 Any Star Wars fans will know that the prequels were sort of kind of not good. Sure, the fights scenes were pretty good. The storylines were...okay...but then there was the dialogue! The acting! Specifically, Hayden Christensen's acting! So it's fair to say we have seriously mixed feelings about the rumour that Anakin will be returning for Star Wars: Episode 8.

According to MakingStarWars.net, the 34-year-old actor could be returning as Anakin/Darth Vader for the as-of-yet untitled Star Wars Episode VIII. They said: "A team in the U.K. are soon heading to the U.S. to begin training Hayden Christensen for a Star Wars: Episode VIII appearance of some sort."

We think this will probably be a flashback scene, but still! We thought these new Star Wars movies would mean a fresh start, you know? A chance to get away from the bad memories of Jar Jar Binks and George Lucas's romantic dialogue *shudders*.

Other explanations for Hayden's appearance could be that Darth Vader will return to the Franchise. Although this seems unlikely, since he was really, really dead at the end of 'Return of the Jedi', there are little hints suggesting that he might not be as deceased as we'd thought.

For starters, in the trailer for Episode VII: The Force Awakens Luke is heard saying: "The Force is strong in my family. My father has it. I have it. My sister has it. You have that power to." 'HAS'? Present tense?!

i09 also have a pretty interesting theory that Darth Vader is resurrected by Kylo Ren, the big bad of Episode VII. According to director J.J. Abrams, Kylo is somewhat obsessed with Vader. He said: “The movie explains the origins of the mask and where it’s from, but the design was meant to be a nod to the Vader mask. [Ren] is well aware of what’s come before, and that’s very much a part of the story of the film.”

Would you want Hayden Christensen to return to the series? Tweet us @sofeminineUK!