by the editorial team Published on 19 June 2014 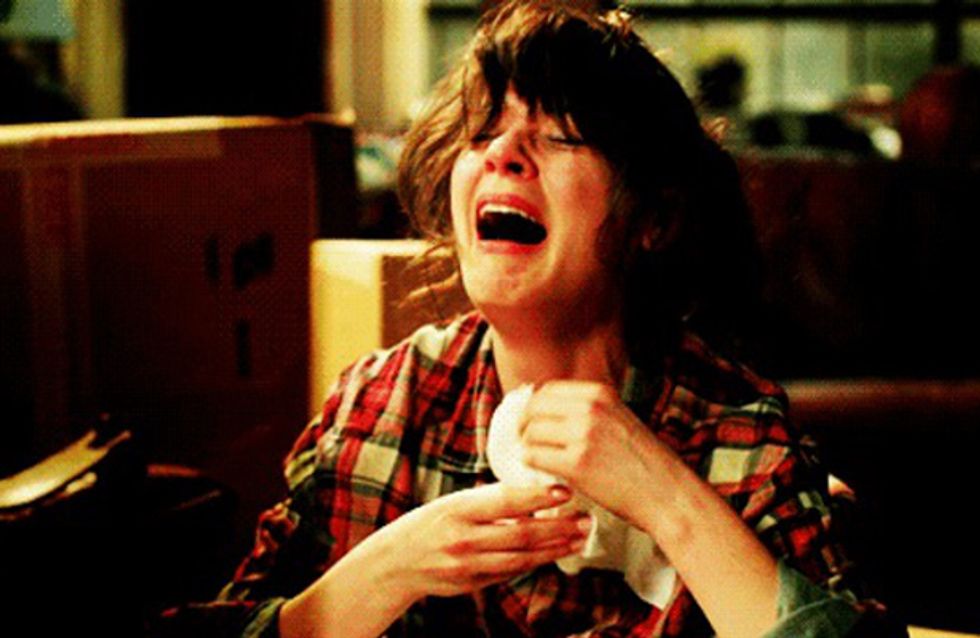 Getting to the end of that series you can't live without is quite possibly the WORST feeling in the world. You know it's coming, but like with any committed relationship, you just can't bring yourself to think about the inevitable end. Can't they just keep making new episodes and we'll stay in this state of pure bliss forever?!? No, no they can't. So here it is, the stages we all go through with TV show withdrawal.

Finding a new television show is pure joy, but coming to the end of your absolute FAVE is a NIGHTMARE! You don't want all the fun times to go, but all good things must come to an end.

If you're reaching the end of an awesome TV series, beware: here are the 20 stages of major, fangirl withdrawal you are bound to face!

Only 45 minutes until the world as you know it is shattered.

3. Rewatch OVER AND OVER

Go back and watch your fave episodes for the umpteenth time....Wait, WHAT IS THIS? You missed this part the first time around! Now you love this show even more....

It is well and truly over. The realisation finally hits you like a ton of bricks.

5. Be Social? No, We're In Mourning Here

Nuh uh, no way are you leaving the house.

6. Any Mention = Break Down Into Tears

Someone kindly and excitedly asks if you watched the series finale: YES, GO AWAY, RUINER OF WORLDS!

7. Try Moving On With A New Show

There are plenty of other fish in the sea, right?

WRONG! Nothing will live up to your first TV show love. It was foolish to even pretend.

When no one else understands - you can always turn to Internet fangirls! Time to check out some Tumblr.

11. Watch ALL The Interviews And Extras

The Making Of...? Check. Cast Interviews? Double check. Now you think that lead actor is truly your soulmate.

You're still holding out hope that you'll see your favourite character again. But as anyone who has ever seen a spin-off series can tell you: It's SO not worth it! (Unless you're Joss Whedon, then carry on...)

If the showrunners won't be continuing the story, the Internet will! Time to check out some fan-made storylines....which quickly devolve into raunchy, sex tales. Is it bad that you find this oddly arousing?

You realise you've burrowed down into the deepest pits of the Internet - it's time to see the real world again. Get ready, friends! For one night, and one night only...

15. Try Explaining Your Pain To Friends

Every conversation somehow brings up memories, and YOU JUST CAN'T! And of course, no one understands what you're talking about now.

16. Solution: Get Friends Obsessed With Show!

Your BFF is pretty much obligated to become obsessed alongside you, right? Never fear, she LOVES your show! You knew there was a reason she was your bestie.

17. Rewatch With Your Newly Obsessed Friend

It doesn't matter if you've already seen it a thousand times, you WILL sit down and go through EVERY SINGLE EPISODE with her and live vicariously.

Of course, once she reaches the end of the series, she will inevitably blame you for ever getting her involved with this drug of a show.

Well, it's not your old show, but this new one is actually pretty good too.

20. Return To The Show Years Later.....And It's Still FABULOUS

Remember that show you were OBSESSED with? Yeah, it's still okay....Who are you kidding - you are still in LOVE and always will be! Here's to the classics.

Have you been through any of these withdrawal steps? Tweet us @sofeminineUK.