by Emmy Griffiths Published on 23 January 2014 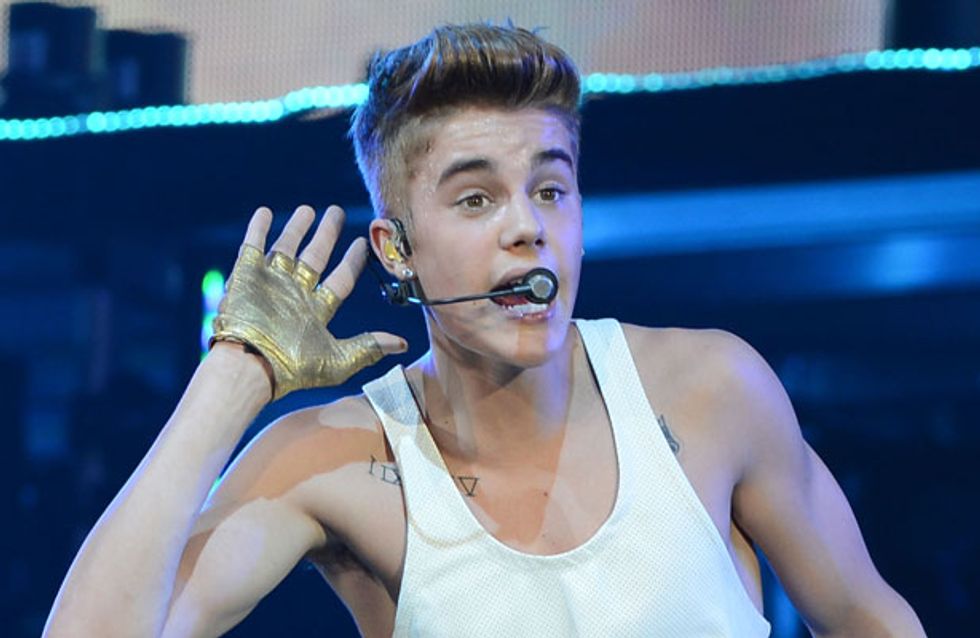 Justin Bieber has just been arrested for driving under the influence and resisting arrest in Miami Beach whilst rolling around in a yellow Lamborghini but let’s face it, Bieber’s descent from a floppy-haired cutie pie to a fully-fledged nightmare was completed a long time ago. Let’s take a look at the evidence shall we?

Justin’s LA mansion was raided by police this week to search for security footage after a neighbour claimed the singer had egged him and his house, causing thousands in damage.

Bieber’s friend Lil Za was also arrested during the raid for drug possession. Yeahhh whilst a wide-eyed Bieber was totally as clean as a whistle *rolls eyes*.

Apparently Justin Bieber was chilling by a pool Down Under in Perth when he began to pay attention to a hotel guest hanging out by the pool.

Apparently he told her that she “looked like a beached whale” and that she should “go on The Biggest Loser.”

Bieber spits on his fans

Apparently Justin Bieber was chilling on a balcony as fans gathered beneath him, and he spat on them!

Who does that? WHO DOES THAT?!

Justin thought that popping a sheet over his head would hide the fact that he was leaving a brothel. But unfortunately just because he’s dressed as a ghost, is doesn’t mean he’s invisible and the world saw it all.

Fighting with the paparazzi

An unhappy member of the paparazzi who looks like someone who would spend his children’s dinner money on beer and horse racing gives Bieber a hard time for dashing into his car, when 18-year-old Bieber storms out of the car shouting “what you say?!” It’s hilarious that he thinks he can take him. Hilarious.

Biebs made a lot of people angry when he wrote in the guestbook at the Anne Frank Museum: "Truly inspiring to be able to come here. Anne was a great girl. Hopefully she would have been a belieber."

The museum admitted his comment wasn’t very sensible, but Twitter users were much less forgiving, with one writing: “Way to turn an inspiring moment into something about yourself.”

Rumour had it that Bieber spent the night with a pretty Brazilian girl who turned out to possibly be a prostitute. She did seem very pleased by her videoing skills, and blew Bieber a kiss as she left him to snooze.

Justin Bieber continued to baffle and annoy the world when he spray painted a wall in Australia. The council demanded he remove it, which he obviously didn’t, happily posing by his (fairly rubbish) spray paint art for Instagram. We’re guessing the Australians would have been a lot more accommodating if he could, in fact, paint.

Mr Mardybum outdid himself by grumpily stomping off stage when a water bottle clipped his arm during a concert.

It must be difficult to deal with the paparazzi all of the live long day, but getting impatient and flooring one of them with your car is NOT a good idea. Especially since paparazzi thrive on getting their story and milked it like a footballer tripped up by the other team.

Are you surprised the world's most famous man-child has been arrested? Tweet us @sofeminineUK