by Stephanie Ashley Published on 26 February 2014 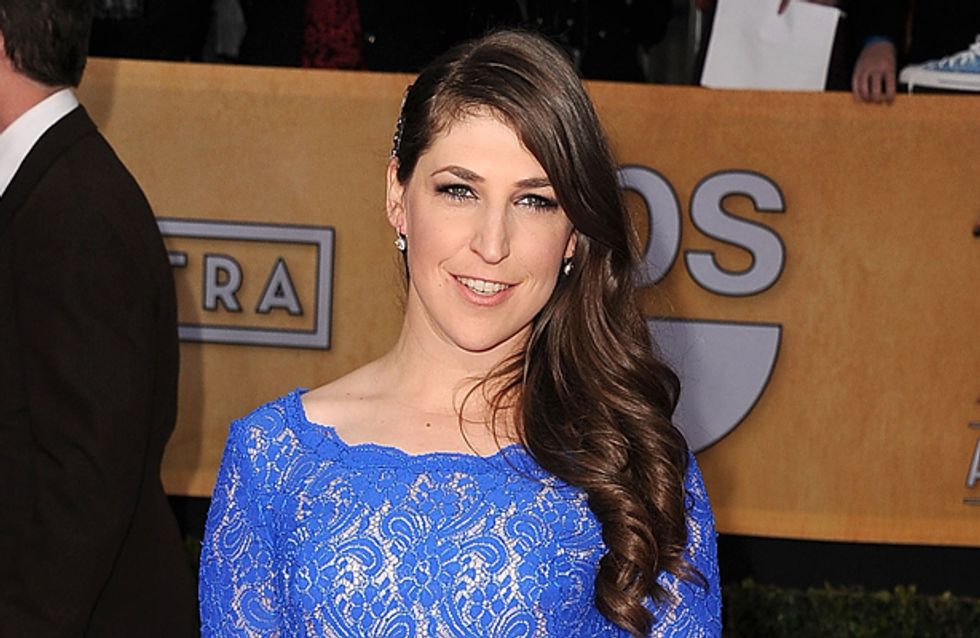 Mayim Bialik has always been very open about her parenting style, including her decision to breastfeed her children in public. At one point in 2011, she posted an image online of her breastfeeding her three-year-old son on a New York subway and received a great deal of backlash for nursing her child in public. Now, she is once again defending attachment parenting and says “Breastfeeding is NOT a sexual act.”

Mayim Bialik is a very busy woman! She currently stars in the hit comedy sitcom The Big Bang Theory and is a mother of two. Not only is she an actress, but she also has a degree in neuroscience from UCLA.

In 2011, when her son Fred was 3 years old, she wrote a post on the blog Kveller titled, “It May Be Time To Wean My Three Year Old.” In the blog, she posted a picture of her breastfeeding her son on a New York subway. At the time, she was harshly criticized for her “attachment parenting” style.

Mayim recently went on HuffPost Live to talk about her new cookbook Mayim’s Vegan Table, and was asked all about “attachment parenting” and this stigma surrounding breastfeeding.

Part of the controversy that has surrounded attachment parenting has undoubtedly come from many a mother’s decision to nurse children well into their third or fourth year.

When asked about the photo from 2011, Mayim explained that after a long trip with her son to Coney Island, “that was the best way for that subway ride to be pleasant for everyone.”

The now single mum, divorced from her husband in 2013, defended her decision to breastfeed on the subway, saying, “That was not a weak moment of parenting but a conscious decision of, ‘I have the best way to make this child happy and content right now.’”

Mayim is very open to different parenting styles and choices and says that the decision to breastfeed varies from mother to mother. “When I was nursing,” she said, “I didn’t feel the need to be immodest, but I also feel like that’s going to vary from woman to woman. I would try to be absolutely respectful and conscious of the community I was in. But I don’t believe you need to cover up a baby eating anymore than you need to cover a baby drinking a bottle.”

The Big Bang Theory actress accredits some of the stigma surrounding breastfeeding to our society’s “very, very bizarre relationship with breasts.” “We have a tremendous obsession with sexualizing, absolutely,” Mayim explained, “and breastfeeding is not a sexual act. It’s an intimate act, and that makes some people uncomfortable.”

What do you think of attachment parenting and breastfeeding in public? Tweet us @sofeminineUK.