​The Definitive Ranking Of Depressing Companion Exits On Doctor Who

by Emmy Griffiths Published on 23 November 2015 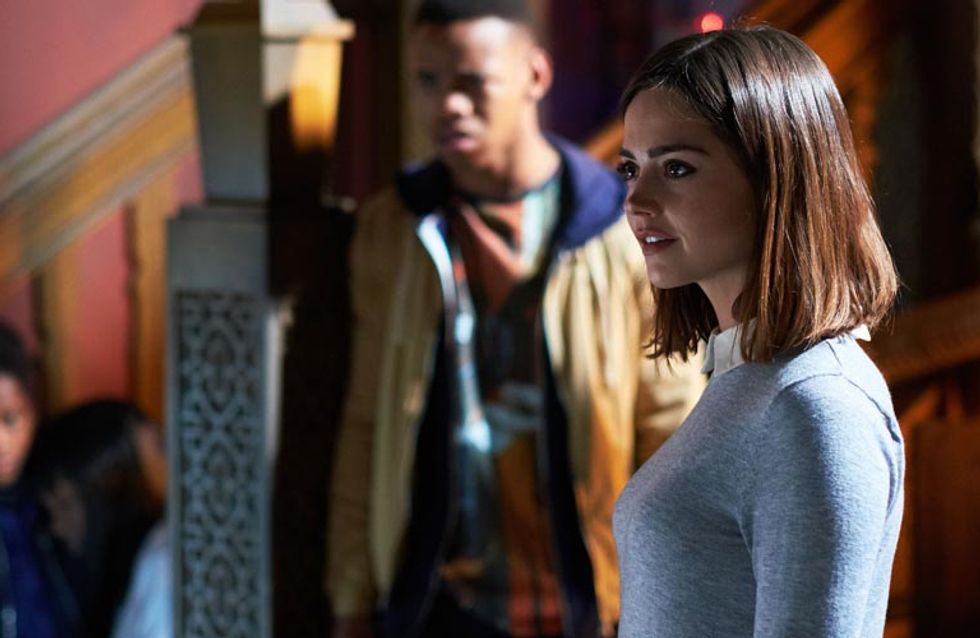 So this week Clara left Doctor Who in a blaze of glory (lol jk, she was killed by a bird), and it honestly might have been the most pointless, heartbreaking companion exit yet. We all knew it was coming with her increasing recklessness over the last few episodes, but this honestly felt like SUCH a slap in the face! But all ranting aside, its time to add The Impossible Girl to the list of depressing companion exits, starting with...

Of all the heart-sickening ways Russell T Davis thought of to get rid of companions, Martha Jones’s exit is probably the tamest. Realising that the Doctor will never love her the way she loves him, Martha decides to give herself her best chance at happiness by leaving him rather than pining for his affections when her feelings aren’t reciprocated.

Sure he pops back up every now and then, but when the Doctor first leaves Jack behind his expression of confusion and unhappiness has been seared into our souls. Sure he had become an immortal being and the TARDIS couldn't handle it, but Jack didn't know that! Poor old Face of Boe.

In the blink of an eye Rory is sent back in time by a Weeping Angel and just like that, his tombstone appears in front of his wife, his daughter and The Doctor, becoming a fixed point in time and therefore no way of stopping it. It was horrible because we never really got to say goodbye to Rory and we loved Rory. To be fair though, we had seen him die like 104585 times before so this hardly seemed new.

Its a little tricky to find River’s official departure from the TARDIS because let’s face it, she and the Doctor meet so often that every goodbye doesn’t really seem like the last (isn’t she appearing in this years Christmas Special?!). So we’re going to go with the first time we meet her as her official departure from The Doctor.

The first time The Doctor meets River she has already married him, found out the truth about his name and gone on hundreds of adventures with him, but he has no idea who she is. She sacrifices herself for someone who doesn't even know who she was, despite her knowing everything there was to know about him. When you think about it, it really was heart breaking.

Amy willingly goes back in time to be with Rory, but not before she says a tearful goodbye to her daughter and The Doctor before blinking, disappearing into the past and her name appearing on the grave by Rory’s. “Raggedy man…goodbye” will haunt our dreams forever. Well done Moffat.

Rose and The Doctor were in love and going to spend the rest of their lives together! Rose had chosen the Doctor over her family and they approved it because they knew how much she loved and needed him. They were SO close to their goal when disaster struck and Rose wound up in a parallel universe, hitting the wall and sobbing to be taken back to The Doctor.

But the worst part was when they are on the beach saying goodbye to each other. Seriously Russell T. Davis, you couldn’t just let him say “I love you” before they were parter forever? WAS THAT TOO MUCH TO ASK?!

Clara was always a bit of a controversial companion and fans never quite warmed to her the same way they did with other companions like Amy or Donna, but it didn't make her departure any less tragic.

After losing her boyfriend Danny last season, Clara's departure came from an increasing recklessness to be just like The Doctor and running towards danger. As she says when she realises she's going to die: "maybe this is what I wanted. Maybe this is it. Maybe this is why I kept running." This death was tough. Come to think of it, Clara is the only companion who just actually outright died, and regardless of whether you loved her or hated her, it was a tense, horrible scene to watch.

We’re going to talk about this very quickly before we get too emotional because The Doctor changed Donna from a tacky temp with no interest in seeing the world to literally a saviour who risked her life over and over again to help people.

To survive after absorbing Time Lord intelligence The Doctor had to erase her memory and so everything she had become since their travels was gone and she went right back to the gossipy bored Londoner we knew at the beginning. It was so UNFAIR. Weeping angels would have been better than this. ANYTHING WOULD HAVE BEEN BETTER THAN THIS.

How do you think Clara is going to go? Tweet us @sofeminineUK!