The Definitive Ranking Of X-Men: Days of Future Past Hotness 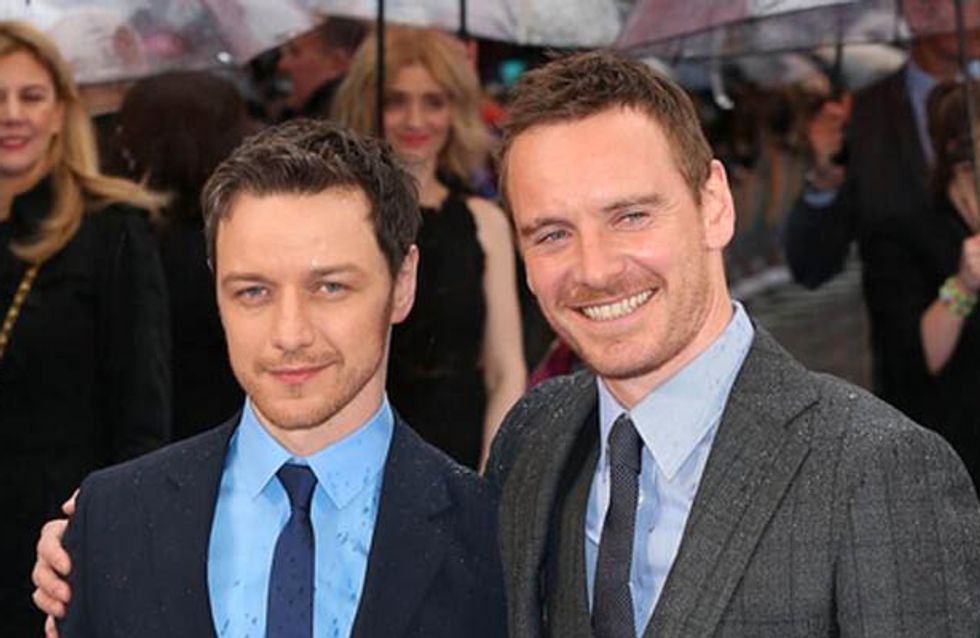 X-Men: Days of Future Past will be released on Thursday, and yet we have only JUST realised that every single super-powered guy in this movie is...well...beautiful. How did we even miss that?! From vengeful hunks to Taylor Swift's ideal boyfriend, this movie has EVERYONE'S type. Here's our ranking of Days of Future Past hotness for your viewing pleasure...

Sure he has red eyes and an ‘M’ scarred into his face, but who can resist a man with dreadlocks and an intense gaze?! No one, that's who!

James McAvoy yes yes yes, Charles X no no no. From the looks of things he will be a bit beardy and smelly in the new film, and we're not best pleased. No me gusta.

Bobby is just so cute looking! You just want to squeeze those handsome little cheeks! Unfortunately, being cute gets you nowhere when there are muscular babes everywhere.

Evan Peters is gorgeous, but unfortunately Quicksilver looks like a futuristic hipster what with the goggles on his head, his silver jacket and of course, his silver dye job.

You might remember Booboo best as the sweet little werewolf in The Twilight Saga, but he is looking INTENSE in X-Men, probably since he’s playing the super strong Warpath and he doesn't exactly look like a top member of society...lovely muscles though. Just top drawer.

Alex is almost too good-looking, and that’s just fine with us. Bonus points that Lucas was also that guy in that Taylor Swift video where they write messages to each other from across the street.

Jennifer Lawrence’s boyfriend is gorgeous, but unfortunately in X-Men he fluctuates from beautiful scientist to furry blue…well…beast. At least he’s cuddly that way though!

Drool. Whenever Hugh Jackman is Wolverine, they always manage to find a way to get his shirt off. That’s okay with us. It’s so okay.

Why is he at the top of our list? Because everyone loves a bad boy, that's why! Eric is a fallen hero out for revenge, and we’re okay with that. Hell, we’ll join him! Just take off the silly helmet Eric, that’s it.

Is our ranking system wrong? Who is your favourite? Tweet us @sofeminineUK