Yesterday we discovered the first images of The Legend of Tarzan showing Alexander Skargard looking quite simply breathtaking (he has an eight pack you guys. An eight pack). Today we have an even bigger treat for you - the first full length trailer for the live-action movie due to be released in 2016 and we have to admit it looks pretty awesome...

The trailer seems to include everything you could possibly wish from a Tarzan live-action movie. Glorious Victorian costumes, amazingly animated gorillas, and naturally a shirtless Tarzan swinging on vines shouting: "AHH-AHHH-EEEE-AAAAA" (verbatim).

We already knew the movie would focus on Tarzan ten years after he has left the jungle and become a proper English gentleman named John Clayton III before he is forced to return to the Congo to save Jane and his friends, but the trailer has given us a much deeper insight into what is going on. For starters, Christoph Waltz is the big bad who kidnaps Jane, and he does this because he knows Tarzan will come after her, saying: "he's Tarzan. You're Jane. He'll come for you."

We see plenty of Margot Robbie's character Jane in the movie, who seems like a fearless badass who smiles at the sound of Tarzan's jungle cry. Indeed, director David Yates has already stated that Jane isn't going to be your typical damsel in distress. He said she is: “in no way a passive partner to Tarzan. She’s a really strong, assertive, beautifully knowledgeable, very sexy modern woman who can more than look after herself. In a way, it’s a story of two human beings and how they save each other.”

There will also be flashbacks to the gorillas finding Tarzan as a baby in the treehouse. Honestly, we don't know how this will have the same emotional punch as the Disney animation (thanks for the tears Phil Collins), but we love that we're going to see how he grows up.

Check out our favourite moments from the trailer... 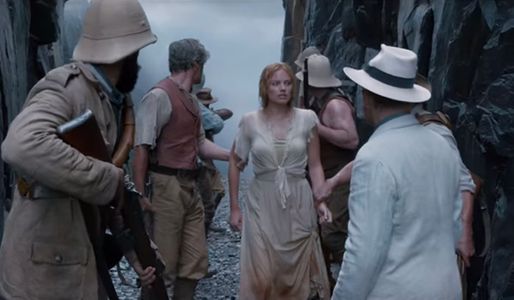