The funniest television moments ever

by Emmy Griffiths Published on 16 November 2013 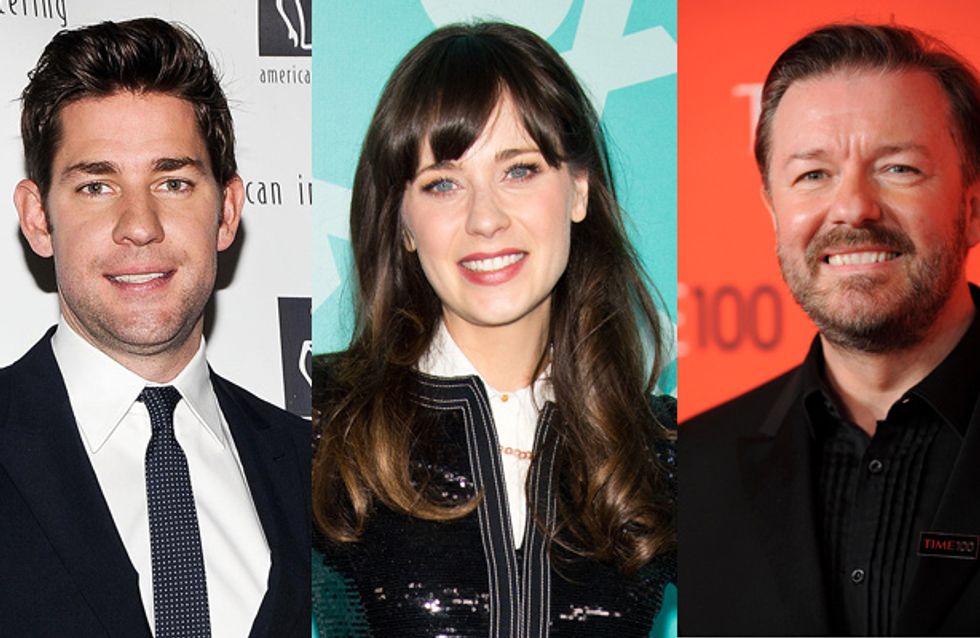 Television has the ability to stir the human emotion. We can be driven to tears of heartbreak, shouts of fury, screams of fear and fits of laughter whether we are watching reality TV, drama, comedy or even the odd documentary. Since laughter is the most fun, we've come up with the most hilarious not-to-be-missed television moments for your viewing pleasure. How many can you say you’ve seen?

Any gleek will know that the TV show would not be where it is today without the legendary character of Sue Sylvester: the sociopathic, plotting Dick Dastardly-esque cheerleading coach.

Sue reigns over McKinley High with an iron fist and a determination to bring down the Glee club by any means necessary, and this mostly means making elaborate and detailed jibes at Glee coach, Will Schuester.

“I will go to the animal shelter and get you a kitty cat. I will let you fall in love with that kitty cat. And then on some dark cold night I will steal away into your home…and punch you in the face.”

Doctor Who - The Doctor meets his TARDIS as a woman

We all know and love the Doctor for his slightly bipolar moments of extreme happiness versus shouty, shouty anger.

So when the Doctor’s beloved TARDIS takes the form of a woman (a long story involving a miniature planet that eats TARDISes and so the soul of the TARDIS had to be put somewhere else…it’s all very sci-fi), it puts the Doctor on a bit of an emotional rollercoaster.

However, the TARDIS as an actual figure provides some amazing moments of humour:

Doctor: Ooh, sorry, do you have a name?
TARDIS: 700 years, finally he asks.
Doctor: But what do I call you?
TARDIS: I think you call me…Sexy.
Doctor: (whispers) Only when we’re alone!
TARDIS: We are alone.
Doctor: Come on then, Sexy.

Orange Is the New Black - Crazy Eyes practises her Shakespeare

As a fairly nitty-gritty drama about prison life for a fairly innocent woman whose crime was nervously committed almost ten years early, when the comedy finally hits, it is perfect.

Our favourite moment is when the inmates are asked to put the fear of prison into a bunch of young offenders, and they take it with full Shakespearian gusto.

As a top comedy show, Community makes it more than difficult to come up with one top moment, and so we settled on our favourite episode.

The college decides to play a game of paintball, with the last man standing winning Priority Registration.

The whole thing becomes a crazy awesome homage to zombie apocalypse/gangster films, with Senor Chang (Ken Jeong) providing one of the most hilarious scenes.

Anyone who watches Arrested Development will know that it is a layer upon layer of carefully built up insider jokes until come season three, someone only needs to mention a seal to get a laugh from its audience.

As a result, there are countless hilarious moments, but our favourite has got to be the family’s varying inaccurate impressions of a chicken.

There are so many moments that almost made the top list – Monica and Rachel losing the quiz and their apartment to Joey and Chandler, Phoebe’s reaction to seeing Monica and Chandler together for the first time, Ross’s drunken reaction to Rachel and Joey’s relationship, but our favourite has to be Bruce Willis’s character Paul and Ross’s showdown.

“Fine, fine have me fired. But I want you to know, that you and I are not all that different. I too, am a neat guy. And I too, am just a love machine.”

Taken from Ricky Gervais, Stephen Merchant and Karl Pilkington’s hugely successful XFM radio show and put to cartoons, our absolute favourite is when Karl was asked to pitch a film.

Bringing up the immortal line ‘If you just talk, your mouth just comes out with stuff,’ and pitching a film with Clive Warren (he meant Owen) and Rebecca De Mornay about a woman with her husband’s brain in her head.

Every moment of it is incredible.

In the season two finale of New Girl, Cece was due to go through with an arranged marriage to Shevrang. However, when Schmidt realises she doesn't want to marry him, he goes out of his way to sabotage the wedding.

Enlisting the help of prank-psycho Winston, a badger and Cotton-Eyed-Joe, it is a series highlight!

The Office (US) - Jim frames Dwight for murder

Dwight is based on the UK version’s Gareth, and Jim is based on Tim, so naturally the two of them are constantly butting heads.
​
However, as this is the USA, it is all gloriously over the top, and so whilst in the UK version our top moment is a quick prank when Jim glues Gareth’s phone, our top US The Office moment is when Jim graphically sets out a murder scene for Dwight to stumble upon.

Every comedic episode Supernatural tries, it absolutely nails. Whether it is that our favourite brothers are stuck in the television, that they are actually fictitious characters of a series of books with a cult following, or when Dean catches a fever that makes him extremely scared of everything.

Our favourite funny episode is when Sam gets on the wrong side of a Rabbit's Foot and starts getting terrible luck, resulting in the loss of his shoe.

Which is your funniest TV moment? Did it make the cut? Tweet us @SofeminineUK!