by Dagney Pruner Published on 12 November 2014 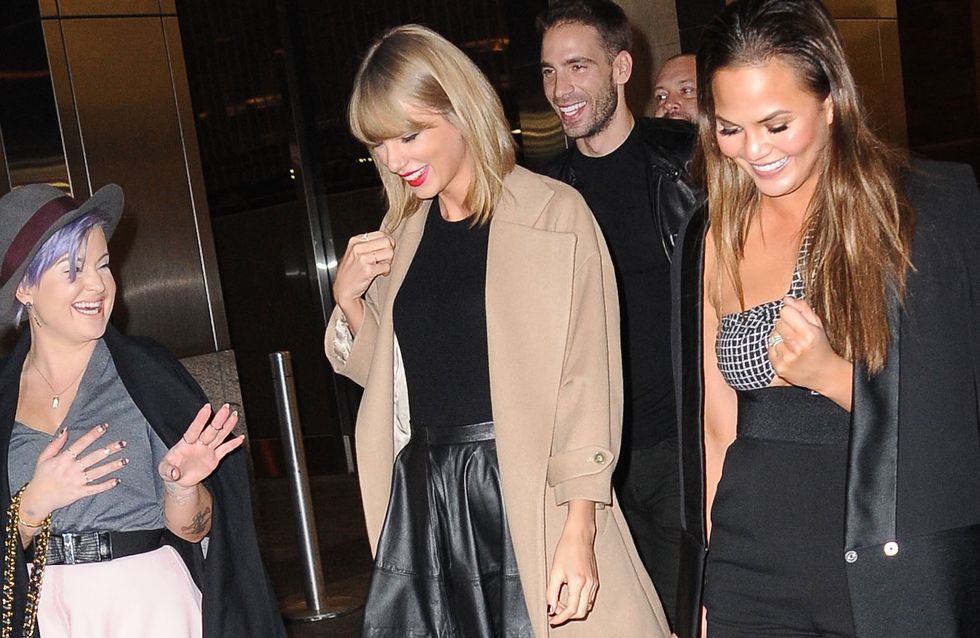 There are few things better than a boozy dinner with your best girlfriends. So what happens when your best girlfriends are some of the most badass women in Hollywood? A really fun girls night out that makes everybody super envious they are not as cool as you. So when Chrissy Teigen, Kelly Osbourne and Taylor Swift had a girls night out, we obviously couldn't help getting super envious.

If you're like us, you follow your favorite female celebs on all social media and quite possibly feel like you know them so well you're practically BFF. In a totally non-stalker way, of course. So naturally, we could only feel left out when Chrissy, Kelly and Taylor decided to go to Nobu in NYC and didn't invite us. Don't know they know we are an incredible 4th wheel?

I am not sure how these three girls became friends as we thought they ran in different circles, but Chrissy Teigen is hilarious, Kelly Osbourne never ceases to surprise us, and Taylor Swift seems to be friends with every female in Hollywood except for Katy Perry, so, I guess we're not that surprised.

Both Taylor and Chrissy tweeted "These are 2 of the greatest girls and I’m still laughing from tonight,” after their big night out. Glad you girls had fun, thanks for the invite...not.

Who would you want on your dream GNO? Tweet at us! @sofeminineUK

30 Reasons Stassi From Vanderpump Rules Is Your Spirit Animal

All The Looks From The Hunger Games: Mockingjay - Part 1 World Premiere