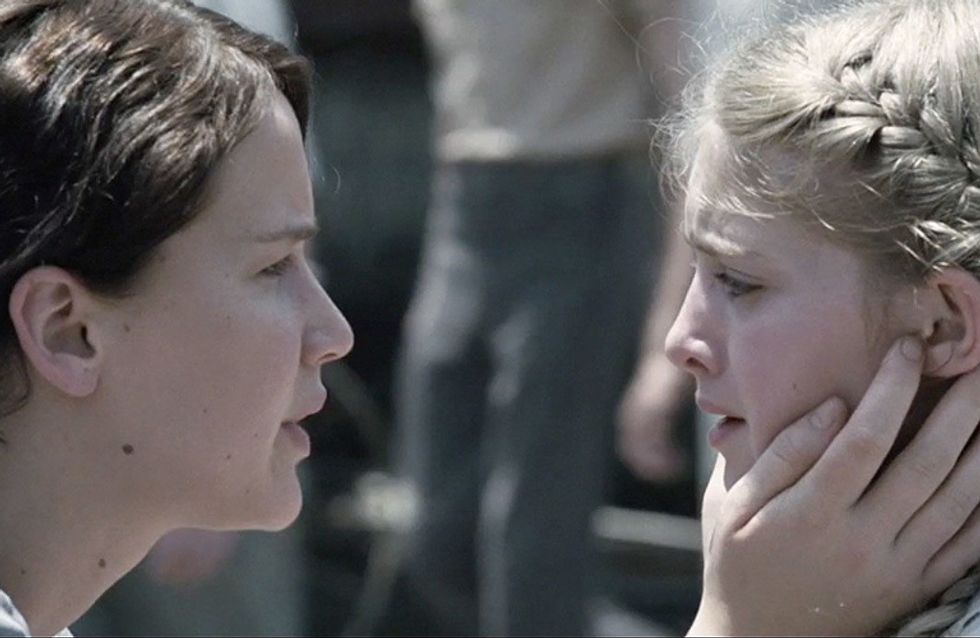 We all know how Katniss ended up in the Hunger Games in the first place. She volunteered as a tribute to save her sister, an eleven-year-old weakling (sorry Prim) who would have almost certainly died in the arena. Katniss accidentally started a revolution in the process and this trailer for Mockingjay Part II is a tribute to the journey of their relationship through the four movies. It also made our hearts HURT.

The newest Mockingjay trailer shows the sisterly bond of Katniss and Primrose Everdeen, recapping their relationship from the first Hunger Games movies right to giving us a sneaky glimpse of the fourth and final movie, Mockingjay Part II.

Not only will it make you want to call up your sister ASAP, it also shows just how much Katniss goes through purely to protect her sister who, by the fourth film, no longer needs protecting. It's a reminder of just how freaking awesome the whole franchise is, and chronicles every sisterly moment between the pair: from Katniss volunteering to hearing Prim's screams from a Jabberjay in Catching Fire to Prim promising to stand with Katniss no matter what.

Watch the trailer for yourself and be sure your tear ducts are ready...

It also shows a glimpse of Peeta in Mockingjay Part II along with Prim and Katniss happily dancing at Finnick and Annie's wedding but with President Snow's ominous words playing over, saying: "it's the things we love most, that destroy us." A seriously intense poster of Katniss has also been released, showing her with a Mockinjay on her shoulder with the caption: "a creature as unquenchable as the sun."

Great. Mockingjay Part II will be released on November 19th. Are you looking forward to it?

Jenna Coleman Is Reportedly Leaving Doctor Who. CLARA NO!