The New Star Wars Trailer Is Here And We FINALLY Have Some Plot Details!

It's been quite the couple of days for Star Wars fans! From the official poster to the second full-length trailer release, rest assured that we'll be analysing all this shining new info with a fine toothed comb before the movie's release in December! The new trailer showed plenty of the new plot (while simultaneously managing to give away very little), but we FINALLY have some idea what to expect in the plot...

The trailer premiered last night, and if we weren't buying tickets for midnight screenings before, we DEFINITELY are now!

Here's what we learned about the plot in the new trailer...

That WAS Adam Driver's voice who said: "Nothing will stand in our way. I will finish what you started" as he stroked Darth Vader's half melted old mask, right?! The new baddie with a lightsaber sword is clearly a fan. Does this mean there's going to be a new Death Star? Ruh roh.

2. Han Solo will help out Finn and Rey

Han Solo seems to team up with the new good guys, telling them that all the stories they have heard were true. So what did they hear? About Han, Luke and Leia's old adventures destroying the Empire? Or something else that went down in the thirty years in between Return of the Jedi and now? Hmm.

3. Han and Leia are still together, NAW.

Look how snuggly they are! Leia is also clearly a badass Jedi who knows how to use the Force at this point, as you hear her tell someone (Finn?! Rey?!): "The force. It’s calling to you. Just let it in.”

4. Finn was a stormtrooper

He says: "I was raised to do one thing, But I’ve got nothing to fight for". If this wasn't a hint enough, that clip of him in a Stormtrooper uniform also gives the game away just a little bit.

Once again, Luke is MIA. First the poster, now this. Where is he?! The only person in the trailer who could have been Luke was the cloaked figure with a mechanical hand who touched R2D2. We live in hope. 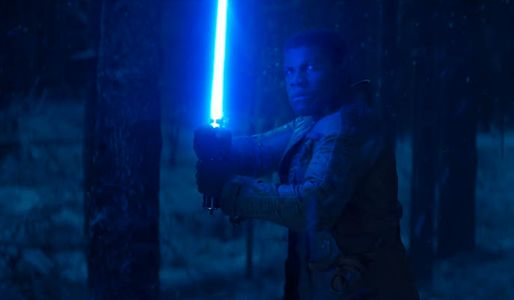 Are you excited for the movie? Tweet us @sofeminineUK!

What Do The Boys Of Harry Potter Look Like Now?!