by Emmy Griffiths Published on 12 November 2015 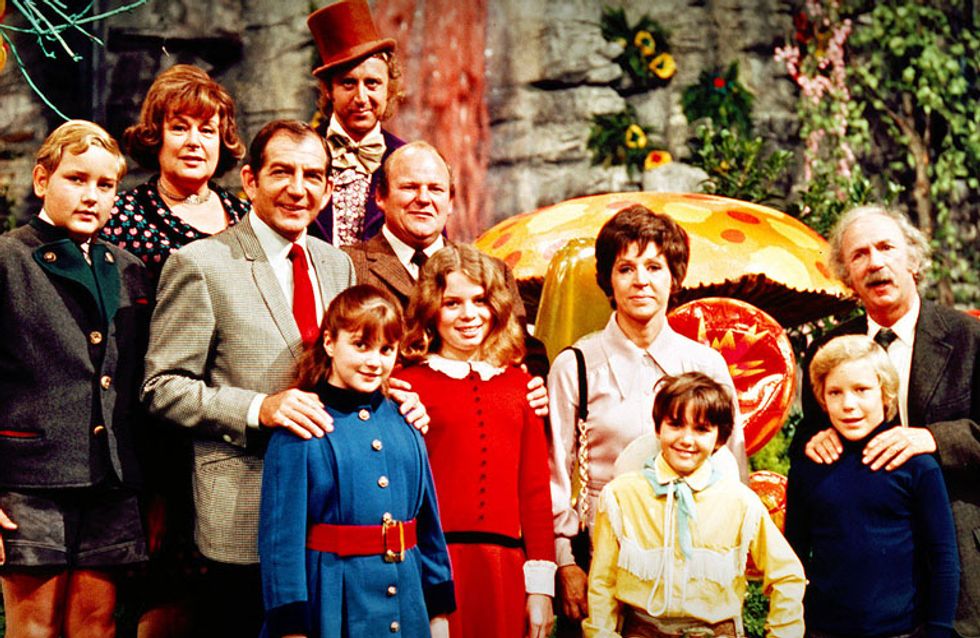 Willy Wonka and the Chocolate Factory is the perfect film to watch every Christmas Day, Easter Sunday, Bank holiday and generally most evenings and weekends. It is the perfect blend of mystery and fun (which orange men and jaunty songs thrown it) and it was a BIG part of our childhood. So we were SO excited to see the cast had reunited - we'd recognise that Oompa Loompa anywhere!

The cast got together to celebrate the movie's 44th anniversary, missing only Gene Wilder as the eponymous Willy Wonka, and most of them were hardly recognisable! Since all but Rusty Goffe went out of the acting business, it seems extraordinary that they group managed to keep in touch. However, they are all still in regular contact with each other.

"We think of ourselves of a family. Maybe a bit of a dysfunctional family, but a family really," said Paris Themmen, who plays the television-obsessed Mike Teavee. Naw!

Of course, for Oompa Loompa actor Rusty Goffe it was bizarre to see them all grown up. He said: "It's scary for me because when we made the movie they were kids!"

Julie Dawn Cole played everyone's favourite bad girl Veruca Salt, and talked about how fun we also expected it would be to play the brat. She said: "Its fun to be bad and its fun to be encouraged to be bad you know, usually your parents are saying 'don't do this, don't do that' but we had our director...saying 'be meaner, be meaner!'"

Denise Nickerson, who played the gum-chewing champion Violet Beauregarde, was asked if she ever got sick of chewing gum she replied: "No I was having a ball!", then joked about her cavities after the movie.

Did you take a trip down memory lane? Tweet us @sofeminineUK!

This piece was written by Emmy Griffiths. Tweet her emmyfg!