The Scotland Debate – What The Celebs Are Saying

by Emmy Griffiths Published on 18 September 2014 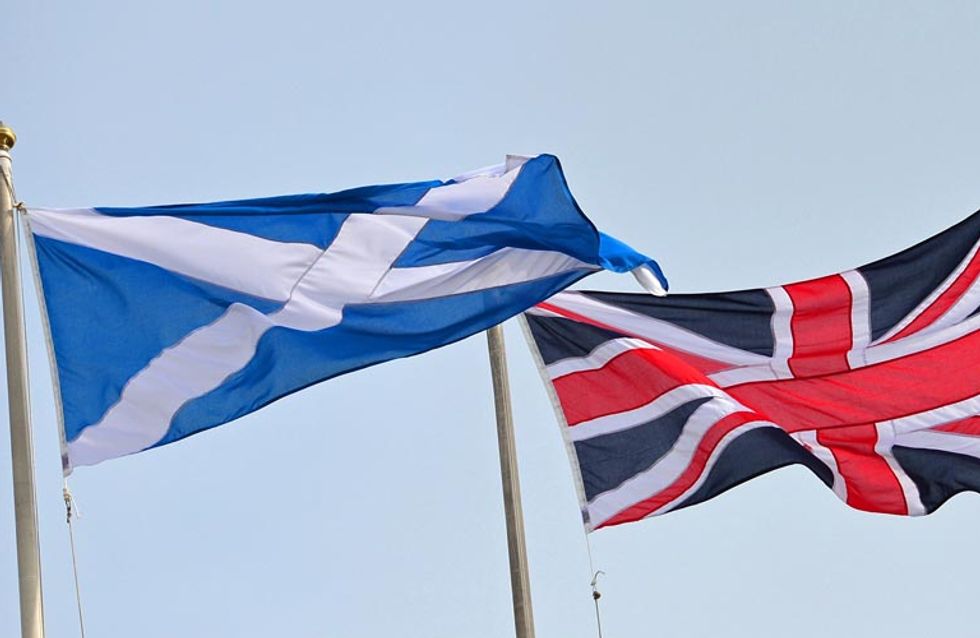 The results from the Scottish independence referendum will be in tonight, and naturally during what could be the last day of Great Britain as we know it, some cheeky celebs have joined in the debate with their opinions. So who is voting yes? Who is voting no? Who doesn't have the chance to vote and can only vent this frustration via Twitter?

This is probably the most energetic we've ever seen Andy. Even when playing tennis he isn't this enthusiastic.

Huge day for Scotland today! no campaign negativity last few days totally swayed my view on it. excited to see the outcome. lets do this!

The White House is as worried as England it seems.

The UK is an extraordinary partner for America and a force for good in an unstable world. I hope it remains strong, robust and united. -bo

Will Scotland have it's own iTunes store?

When did Russell Brand become Che Guevara anyone?

Scotland, be brave. Vote with your hearts. You can strike the first blow for us against Westminster. pic.twitter.com/5xlDMLTegf

I've never voted but if I was Scottish I'd vote yes.

Amy's getting some inspiration for her next single.

The blue and the White of the flag shines bright 💙

Promise to write another HP if the Scottish people vote 'no' to independence and we'll KNOW the Union Jack won't be changing any time soon...

Big day in Scotland tomorrow #indyref. My head says no and my heart shouts it - but whatever happens, I hope we're all friends by Saturday.

Didn't realise Davina and Scotland were so close...

Richard Branson is a Doctor?

Because trusting politicians always works out so well.

Scotland is full of smart talented hard working humble people. Have faith in them to run our country successfully.

Try to reason with the young people Lord Sugar!

Scotland. I understand it is exciting for young Scots to be able to vote. But they should do so responsibly see link http://t.co/IZJsFscNHB

We're confused...is this meant to be like a poem?

Vivienne would like to elaborate on her Scottish independence comments so they can be put in their correct context. pic.twitter.com/uMTxxQtFK0

When all else fails, beg.

Cannot recall an event that has had so many people saying 'I've not been sleeping well…' WHERE THERE IS DOUBT THERE IS NO DOUBT. VOTE NO

Okay, weirdest one yet...

Shame you don't have a time machine Karen. Lol. Because she was in Doctor Who.

I wish I could be in Scotland tomorrow

As per usual, Frankie is NSFW.

You can ask yourself if you trust Clegg, Cameron and Miliband, or you can vote Yes and never think about the cunts ever again.

Douglas is going to be buying Scotland a lovely dinner tonight.

Hello Scotland, how the hell are you ? If I may say you're looking very democratic this evening. #indyref

Rio asks the important questions. Thank God we have our footballers joining in with the politics.

Will Scotland go independent or not?? Good or bad move people? #Indyref

Dammit, even Groundskeeper Willie has an opinion.

Do you want Scotland to vote yes or no? Tweet us @sofeminineUK