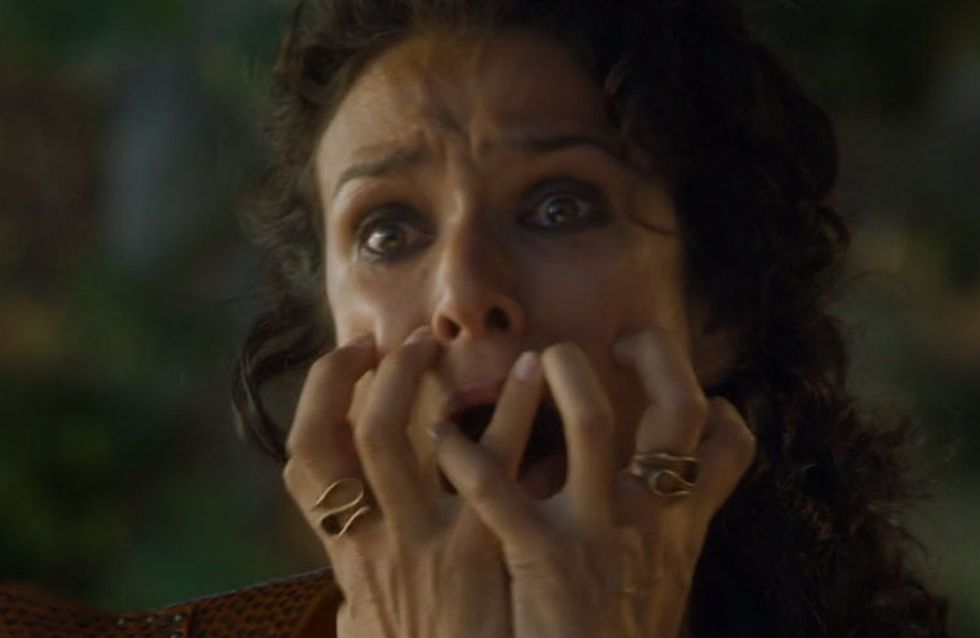 Everyone knows that Game of Thrones has no problem killing all of the characters you know and love in the creatively horrendous ways to collectively destroy our emotional wellbeing. We imagine the screenwriters just sitting in their writer's room letting their imaginations run wild for future seasons to come, and it just makes us so sad. Unless it happens to a bad guy obviously. Then it's awesome...

So here's our definitive ranking of the most gruesome killings on the show. Spoiler alert!

Stabbing someone to death with a blunt object is NEVER pleasant.

11. The Beheading (sort of) of Rodrik

Ser Rodrick’s head was basically hacked off, and we were forced to watch.

Okay, did he just rip out that guy’s tongue? Is that what we just witnessed?

Mess with dragons and you gonna get burned.

Brienne revenging her fellow women by slicing the hell out that guy was AMAZING. Nasty, but amazing.

7. The knife through the mouth

We’re not saying Karl Tanner didn’t deserve it, but a knife through the throat is a BAD way to go.

How should you deal with a rapist in Game of Thrones land? Pull out their intestines with your bare hands, obviously.

Many thought that this wasn’t a bad enough death for the person who basically single-handedly caused the war, but his face does turn a gratifying purple, so there’s that.

If you like a new character, you can pretty much guarantee they’ll end up with their head concaved by the man who raped his sister and murdered his niece and nephew.

Could this be the worst possible way to die? This poor little Harrenhal prisoner was killed by having a rat escape confinement…through his chest. GAH.

All Viserys ever wanted was a crown…pretty sure he didn’t want this one though.

1. The Red Wedding. In general.

We don’t even want to think about this again.

Which death do you think was the most grisly? Tweet us @sofeminineUK