Home / Entertainment / News celebrities / The Voice Of Arnold From Hey Arnold! Is A Glorious Hipster And We Are In Love

The Voice Of Arnold From Hey Arnold! Is A Glorious Hipster And We Are In Love

by Emmy Griffiths Published on 25 November 2015 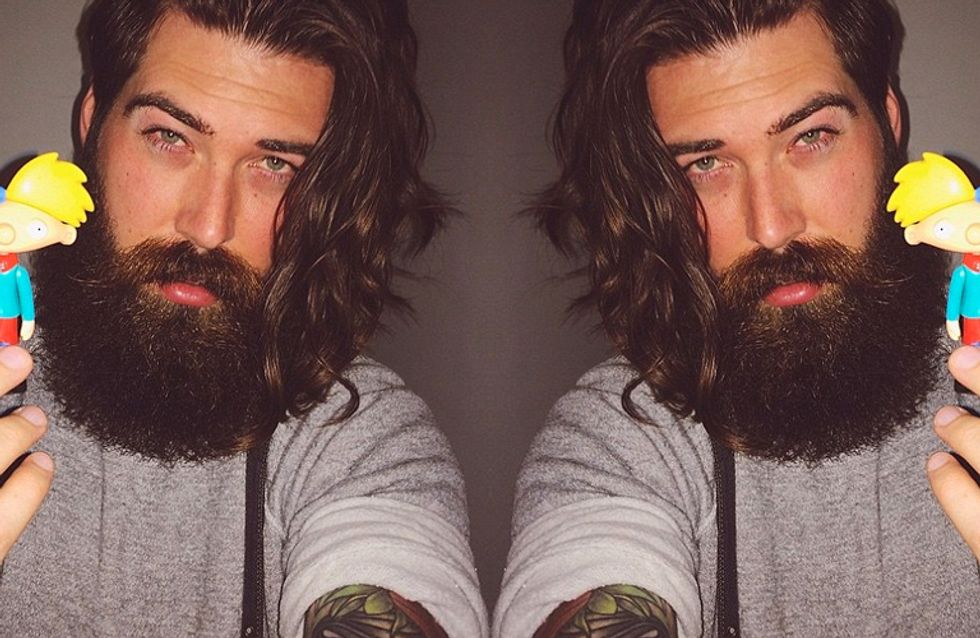 We've just discovered the voice of Arnold from Hey Arnold! has an Instagram profile, and football head he AIN'T. Lane Toran voiced Arnold for season one of our favourite Nickelodeon show, and he is still actor and a composer to boot. He also happens to be really, really ridiculously good looking.

Remember how in the cartoon Hey Arnold!, our hero Arnold had a weird football head and was loved only by Helga?

Thinking of cutting my hair like this again.. And shoutout to this photo having over 10,000 notes on tumblr 🙏🏼

Not only is Lane an Instagram sensation, he also has a beard that would a caveman weep and long locks that are oh-so-casually swept in front of his eyes in a manner of Zayn-at-the-American-Music-Awards. To sum up? The man is a TOTAL babe.

Super stoked to have found a new (old) winter coat. This one's gonna get some mileage out in NC. Happy Hump Day 🎯

After the Internet went a little crazy over the revelation that reality behind the classic cartoon is such a hipster heartbreaker, Lane posted a thank you video, writing in the caption: "Thank you Thank you Thank you. I really appreciate all the love...I know I don't talk about 'Hey Arnold' on here so some of you that have been following me for a while might not know, but I did voice 'Arnold' for all of season 1 (until my voice changed). It's crazy to be a part of something that's still talked about and watched 20 years later. And 100k?? Again, thank you."

No no Lane. Thank YOU.

Do you finally understand Helga's infatuation? Tweet us @sofeminineUK!

Which Sport Best Suits Your Personality?