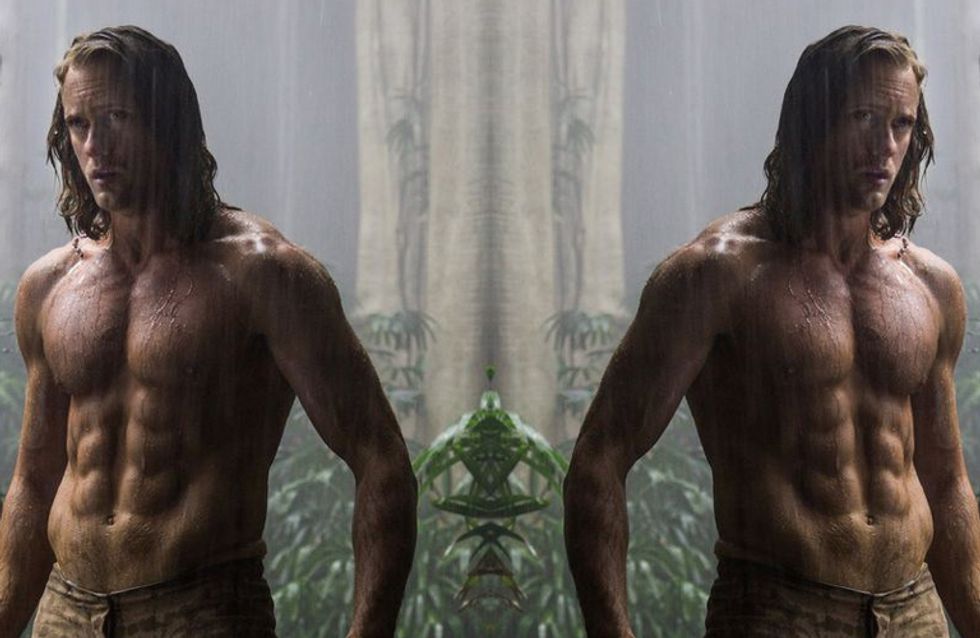 For anyone who never watched the vampire TV show True Blood, you may not yet have been swayed by the mystical power that is Alexander Skarsgard. As well as being a soft-spoken Swedish sex bomb, he is also hilarious AND now starring in the live-action remake of Tarzan - The Legend of Tarzan, and dammit he looks GOOD.

In the reboot, set for release in 2016, the story is taking a big departure from the old Tarzan tales we know and love about the vine swinging man in a loin cloth raised by the gorillas. Although they stick to the tale that Tarzan was once a wild man raised by gorillas, he has since settled in London with his wife Jane, taking the name John Clayton III, Lord Greystoke.

Although the movie is going to flashback on Tarzan's life in the jungle, the plot focuses on Tarzan (sorry, John Clayton) returning to his wild roots in the Congo after Jane and his friends are put in mortal danger.

Harry Potter's David Yates directed this departure from tradition live-action remake and said of Alexander's character: “This is about a man who’s holding back and slowly as you peel off the layers, he reverts back to a more animalistic state and lets that side of his personality out.”

It also sounds like Jane (played by Margot Robbie) definitely isn't going to be a damsel in distress (much like the Disney version, who was flipping useless!). Yates said she is: “in no way a passive partner to Tarzan. She’s a really strong, assertive, beautifully knowledgeable, very sexy modern woman who can more than look after herself. In a way, it’s a story of two human beings and how they save each other.”

Okay, we're ready for a trailer now thank you! Are you looking forward to this? Tweet us @sofeminineUK!