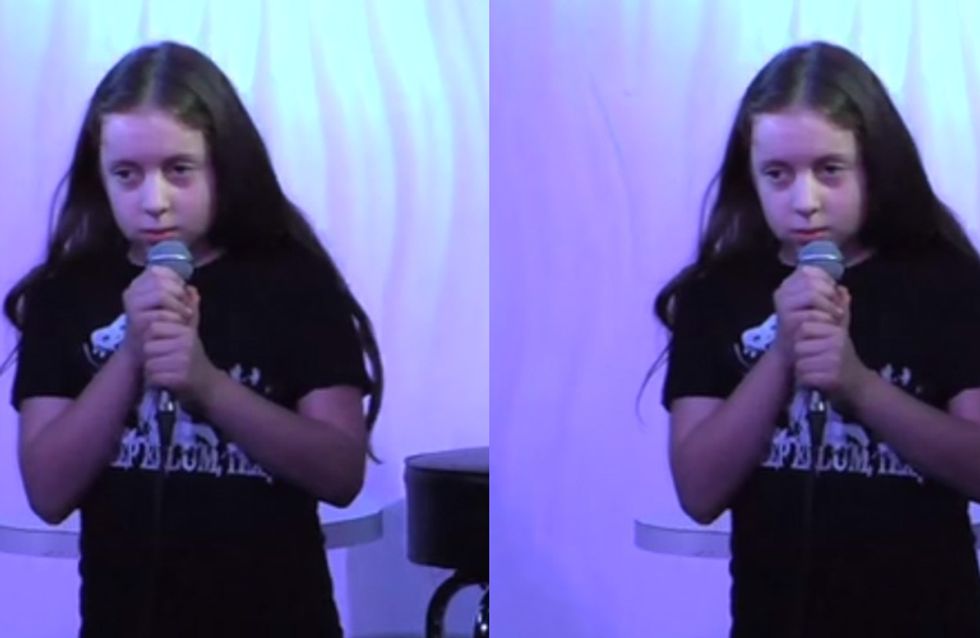 Saffron Herndon is 10 years old, a huge Nirvana fan, and is an up-and-coming hilarious new talent on the American comedy circuit. Let us say it again: she's TEN. Wondering what you've done with your life so far? So are we. So are we. We haven't even mentioned her sense of humour! Spoiler alert: it's DARK.

The 10-year-old comedian is performing at comedy festivals around the US and so far she is SMASHING it. From joking about online dating to Kurt Cobain to beauty pageants, her comedy is wise beyond it's years and has rooms of grown adults cheering on her delivery. And they're not just being nice either! She's that good!

You might be thinking that Saffron couldn't possibly be writing all of this stuff, and that her parents must have written her the pretty adult material. However, in an interview with Buzzfeed, the tiny comedian claimed this wasn't the case.

“[These accusations] make me feel angry, but then it makes me laugh at how stupid some adult’s perspectives are on me", she said. "But I do write my own material. I do collaborate with others, like most comedians.”

This kid! Speaking of her future, she said: “I hope to someday have my own television show, but first I want to start out on Saturday Night Live."

Watch out for her in the future and in the meantime, check out some of her standup routine:

Meet The Potters: JK Rowling Has Finally Given Harry's Family A Backstory

Barbie Are Launching A Dreadlock Doll In Honour Of Zendaya